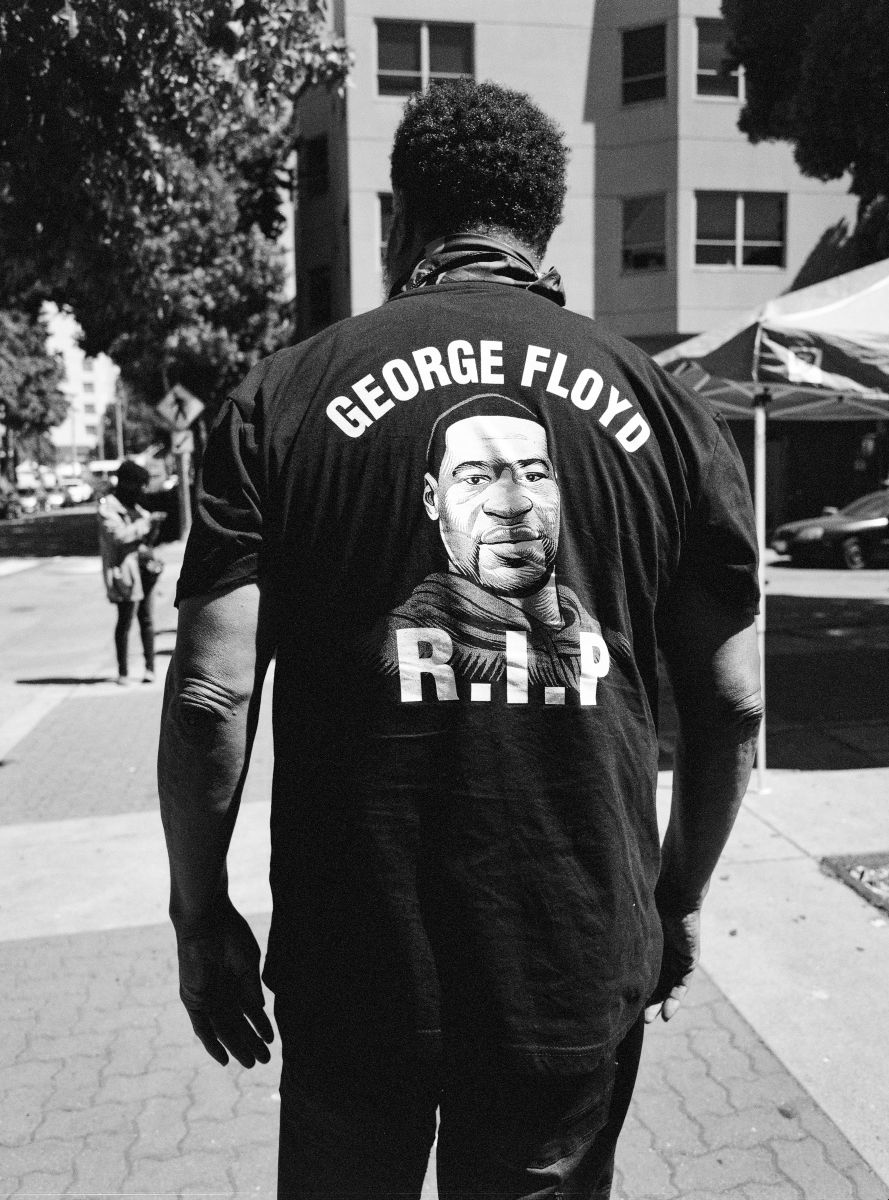 In the midst of the COVID-19 pandemic, the Black Lives Matter movement was galvanized by the murder of George Floyd by police in Kenosha, WI. Photographer Charles Lee captured moments from the BLM protests during the summer of 2020 in Oakland, CA. Since the 1960s, Oakland has been a home for power movements such as the Black Panther Party and the Brown Berets, organizations that taught self-defense against the police, created social programs within communities of color, and worked together for social justice. While the Black community and allies in the Bay Area found renewed urgency to address the systemic problem of police brutality, the silent threat of COVID-19 remained omnipresent. Lee sought to capture the moments, big and small, during these unprecedented times. What he found was a microcosm of the complexities of life that we all feel as we adjust to a new normal, while engaging in a struggle that has spanned generations: frustration and hope, fear and bravery, and hurt and healing.

Charles Lee partnered with his friend Joseph Griffin, a doctoral candidate at UC Berkeley, to develop this photo essay. Charles and Joseph grew up in Richmond, CA; just north of Oakland in the Bay Area. This essay is informed by their backgrounds as artists, scholars, and most importantly, Black men working to center the voices of their community in their respective fields. Charles’s work explores aspects of identity, culture, and history to unearth layers of perceived and personal identities, histories and geographies. He challenges the notion that Black American culture is monolithic to unveil the varied experiences, cultures and identities of Black Americans. Joseph’s work focuses on community-level healing from trauma, specifically the trauma associated with gun violence in Black and Brown communities. His research incorporates community-based participatory research methods, often using a form of photo essay development known as Photovoice. Together, they developed a series of captions that both describe the photos, explore the underlying meaning behind each and reflect the author’s personal experiences.