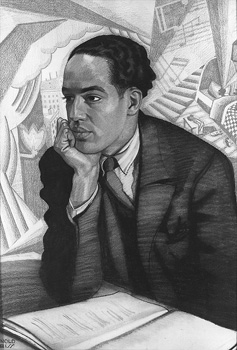 More than 100 years after his birth in Joplin, Missouri, the poet, playwright, novelist, anthologist, and newspaper columnist Langston Hughes remains one of the towering figures of modern American literature. One of the most innovative writers from the Harlem Renaissance of the 1920s, Hughes's use of blues and jazz as sources of inspiration resulted in a unique style best exemplified in his collections Montage of a Dream Deferred (1951) and Ask Your Mama: 12 Moods for Jazz (1961). The first African American to successfully make a career working solely as a writer, Hughes's work is characterized by both racial pride and pessimism at the poor race relations that characterized America throughout his life, as well as by sympathy for poor, working-class people that stemmed from his own childhood poverty. Yet the spirit of emotional uplift and the desire for greater understanding and humanity that infuses all of Hughes's work speaks powerfully to people of all races and all walks of life. 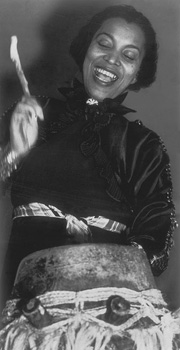 A contemporary of Langston Hughes, Zora Neale Hurston was a self-styled "literary anthropologist" who compiled a wealth of folktales, spirituals, sermons, work songs, blues, and children's games beginning in her hometown of Eatonville, Florida and eventually throughout the South of the 1920s and 30s. The result of her research, Mules and Men (1935), was the first collection of black folklore published by an African American. Using the largely oral culture of the rural South to inform her literary voice, Hurston went on to publish a second volume of ethnography based on research in Jamaica and Haiti, more than fifty short stories, essays and plays, and four novels, the most famous of which is Their Eyes Were Watching God (1937). Underappreciated in her lifetime, her work has had a profound impact on African American writers of the late twentieth and early twenty first century. She is shown here beating a hountar, or mama drum, in 1937. 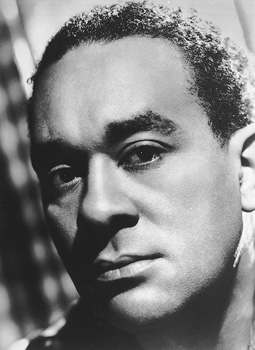 Growing up poor in the Jim Crow South, as a child Richard Wright lived under the constant pall of racism and repeatedly endured beatings from both his white peers and his own family. The violence that shadowed his early life came to characterize his writing, most notably his revolutionary novel Native Son (1940). The story of a black man who accidentally kills a white woman and is sentenced to death, Native Son synthesized the poverty and racism of Wright's past with his interest in transformative violence, a powerful combination that also appeared in Black Boy (1945), his autobiography about growing up in the South. Warmly received in Paris while visiting the city in the late 1940s, Wright afterward found the racism he encountered at home to be intolerable and moved permanently to France, where he spent the remainder of his life. 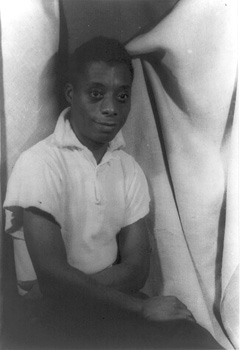 James Baldwin began his literary career in earnest after Richard Wright helped him to win a Eugene F. Saxon Fellowship that allowed him to free himself from a series of odd jobs and devote himself to writing full time. Although publishers rejected his first novel, he successfully produced enough book reviews and essays to begin to build himself a literary reputation. That reputation was cemented after the publication of Go Tell It On the Mountain (1951), an autobiographical novel inspired by Baldwin's troubled childhood. Baldwin's subsequent works followed suit, drawing upon his homosexuality, racial and familial struggles, liberal politics, and expatiratism. Like Wright, frustration with American racism and the search for inspiration drew Baldwin to France, though he maintained an active interest in the civil rights movement and other political issues of a homeland he viewed as troubled but still filled with potential. 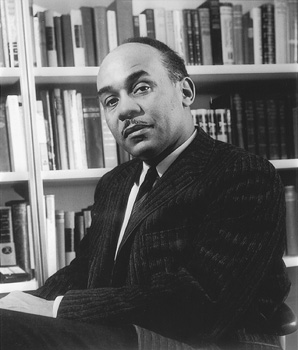 Named after another literary giant, as a young man Ralph Waldo Ellison was given a scholarship to attend the Tuskegee Institute in Alabama so he would not try to attend a white college or university in his home state of Oklahoma. It is unsurprising that many of his essays described the restrictive environment of the South and the detrimental effect segregation had upon individual potential and the region as a whole. Coming to New York in the midst of the Great Depression, Ellison was introduced into a creative community that included Richard Wright, Langston Hughes, and many others. His novel Invisible Man (1952) played upon ideas of alienation and identity in African American culture, as well as Ellison's powerful interest in jazz and politics. The book was well received, and in 1953 Ellison became the first African American writer to be awarded the National Book Award.

Lorraine Hansberry's A Raisin in the Sun (1959) was the first play by an African American woman to be produced on Broadway. Depicting the struggles of a black family whose dreams of economic progress have been thwarted, both the play and the film that followed it in 1961 were well received, making Hansberry the first black recipient of the New York Drama Critics Circle Award. They have since become American classics. As the civil rights movement intensified, Hansberry's success as a writer and public speaker helped her to organize fund raising activities in support of organizations such as the Student Nonviolent Coordinating Committee (SNCC), call for the abolition of the House Un-American Activities Committee, and pursue other political goals before cancer tragically cut short her promising career. 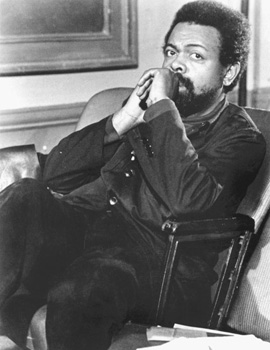 Courtesy of the Everett Collection.

Born Leroi Jones in Newark, New Jersey, Amiri Baraka began his career as a poet and essayist in the Beat-influenced, avant-garde literary scene of New York's Lower East Side. After the assassination of Malcolm X in 1965, Baraka moved to Harlem and became a black nationalist and a pioneering figure in the Black Arts Movement. He remained politically active throughout his career as a writer, helping Kenneth Gibson to become the first black mayor of Newark, New Jersey in 1972 and serving as the principal organizer of the National Black Political Convention in Gary, Indiana, in 1972. In works such as "Confessions of a Former Anti-Semite" Baraka reveals his personal struggle with issues such as anti-Semitism, while The Baptism and The Toilet (1967) show his tolerance of homosexuals, who he sees as alienated in a way similar to African Americans in a United States charged with racial and sexual intolerance. 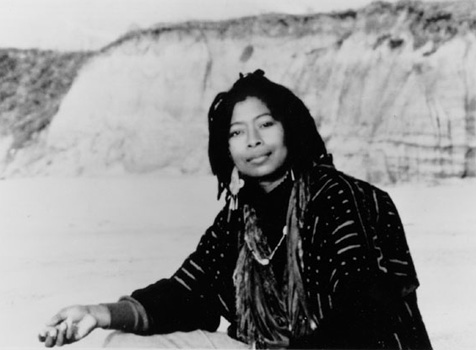 As a prolific poet, novelist, essayist, biographer, short fiction writer, feminist, publisher, and educator, Alice Walker exemplifies the surge in productivity among black women writers that that began toward the end of the twentieth century and continues today. Walker's most famous work, The Color Purple (1982) exemplifies her desire to challenge her readers' perspectives and morals, examining difficult themes such as "black-on-black" oppression, incest, bisexual and lesbian love, and abusive male-dominated relationships. The Color Purple won both the Pulitzer Prize for Fiction and the National Book Award in 1983, was adapted as a major motion picture directed by Steven Spielberg in 1985, and produced as a Broadway musical in 2005. Walker has gone on to write numerous works that articulate her quest for spiritual wholeness and recognition of individuals, especially women, who have been silenced and denied their freedom. 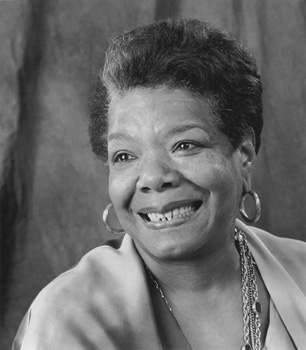 Maya Angelou became one of America's most famous poets when she delivered her poem "On the Pulse of Morning" at President Bill Clinton's inauguration on 20 January 1993, the first black woman to be asked to compose such a piece. Yet her literary reputation was established much earlier, with the publication of I Know Why the Caged Bird Sings (1970), the first volume of her serial autobiography that chronicles her early life in the segregated, pre-civil rights South. I Know Why the Caged Bird Sings became an almost instant classic, quickly finding its way onto many high school reading lists. Angelou's subsequent autobiographical novels describing her triumph over numerous difficulties, set against the backdrop of the tumultuous twentieth century, resonate with the long literary tradition that began with the slave narratives of the eighteenth and nineteenth centuries. 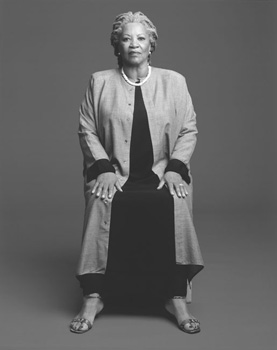 Toni Morrison is best known for her novels such as Song of Solomon (1977) and Beloved (1987), which were highly praised by critics (Beloved won the Pulitzer Prize in 1987), and have appeared as flagship titles of Oprah Winfrey's Book Club. However, she has made numerous contributions to other genres as well, among them numerous essays on topical issues and an historical collection of print artifacts that chronicle African American lives and cultural expression known as The Black Book (1974). In addition to these projects, Morrison has worked as a playwright, a lyricist and children's book writer, a senior editor at Random House, and a visiting professor at a number of universities. Her many contributions to literature and the level of recognition she has achieved have firmly established Morrison as one of the most successful contemporary American writers. In 1993 she was awarded the Nobel Prize for Literature, the first African American to receive the award.