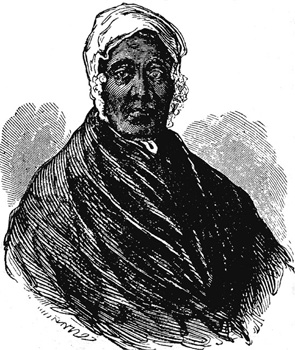 Born a slave on a schooner sailing from Virginia to New York, Katy Ferguson's freedom was purchased for 200 dollars by a sympathetic member of the church attended by Ferguson. Married at eighteen and widowed before the age of twenty, Ferguson had two children, both of whom died young. Working as a religion instructor for black and white children, around 1814, a white minister invited her to move her activities from her home to the basement of his church, where it became known as the Murray Street Sabbath School. At this first modern Sunday school in Manhattan she taught students from the streets of New York, white and black, some from poorhouses, some unwed mothers. Ferguson thus set the precedent for the activist Ionia Whipper, who founded a school for unwed mothers in Washington, D.C., in 1931. Ferguson died of cholera in New York City. In 1920 her memory was honored with the establishment of the Katy Ferguson Home for Unwed Mothers, supported by private benefactors. 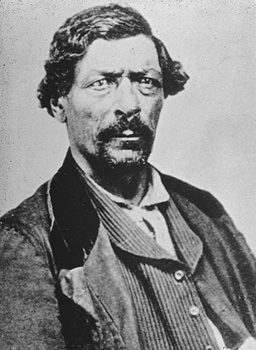 Jim Beckwourth found his calling in 1824, when he answered a newspaper ad placed by the fur traders Andrew Henry and William Henry Ashley calling for "One Hundred MEN to ascend the Missouri to the Rocky Mountains." Beckwourth soon mastered all the frontier skills of a true mountain man: hunting, trapping, sharpshooting, and handling bowie knives and tomahawks. He lived for a time among the Crow Indians and crisscrossed the Western frontier playing cards, prospecting, trapping, selling whiskey to Indians, stealing horses, brawling in saloons, and guiding settlers. Drawn to California by the discovery of gold, in 1850 he discovered Beckwourth Pass, a route through the rugged Sierra Mountains near present-day Reno, Nevada. Beckwourth spoke English, French, Spanish, and a number of Indian dialects, dressed and acted the part of a fearless adventurer, and made his mark as a true pioneer of the American West. 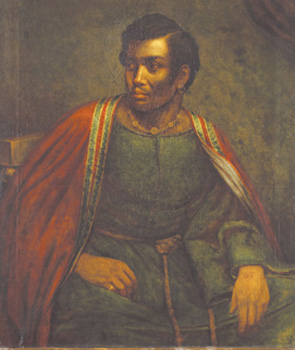 The most highly esteemed African American actor of the nineteenth century, Ira Aldridge earned international acclaim for his moving theatrical performances throughout England, Scotland, Ireland, Europe, and the United States. Although born free in New York City, he was the son of a slave turned Calvinist preacher and encountered racism in the United States that limited his theatrical opportunities at the start of his career. Making his debut in London in 1825, Aldridge made a name for himself by playing the title role in Shakespeare's Othello, as well as a number of other characters in performances in England and elsewhere. His fame grew after filling in as Othello for the renowned English thespian Edmund Kean, who fell ill during a performance at London's Covent Garden in 1833. Aldridge thereafter toured Europe, where he unexpectedly died at the height of his career while on tour in Lodz, Poland. Pictured here as Othello in a painting by Henry Perronet Briggs, he is the first African American actor who found fame and fortune outside the United States because of American racism. 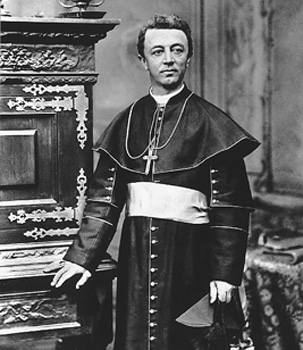 James Augustine Healy was born in Jones County, Georgia, the son of a planter named Michael Morris Healy and his slave Eliza Clark. He grew up on his father's 1,600-acre plantation before leaving to attend the College of the Holy Cross in Worcester, Massachusetts. Influenced by the Jesuits' emphasis on education and faith, Healy felt a spiritual call and in 1854 became the first African American to be ordained a Roman Catholic priest, at Notre Dame Cathedral in Paris. As the pastor of the largest Catholic congregation in Boston, Healy feared his background as a southerner of African descent would be unacceptable to the largely Irish parishioners, but his gifts as a teacher, leader, and spiritual guide helped him overcome prejudice throughout his life. Appointed the second bishop of Portland, Maine, by Pope Pius IX in 1875, over the course of his career Healy oversaw the founding of sixty parishes, eighteen schools, and sixty-eight charitable institutions within his diocese. 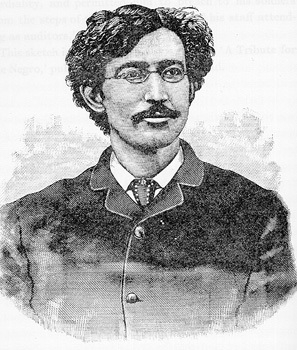 Born a slave in Florida, T. Thomas Fortune eventually made his way to New York City in the 1880s, where he worked as the editor of the New York Age, the most influential black newspaper of its day. A militant advocate of black civil rights, Fortune established the Afro-American League, a precursor of the National Association for the Advancement of Colored People. An uneasy ally of Booker T. Washington, Fortune supported Washington's efforts in education and economics, but resisted Washington's attempts to control both him and his paper. Breaking with Washington over Washington's support of Theodore Roosevelt's actions in the 1906 Brownsville Incident, Thomas sank into financial troubles and suffered a breakdown, after which he lost control of the Age to Washington's allies. For the last decades of his life, Fortune fought poverty and alcoholism, working as a journalist and as an editor of several short-lived newspapers. In 1923 he took over the editorship of Marcus Garvey's Negro World (though Fortune never joined Garvey's Universal Negro Improvement Association) and by the time of his death in 1928 had largely restored his reputation as one of the greatest early black journalists in U.S. history.

Courtesy of the Indiana State Museum.

The first black international superstar athlete, Major Taylor was a bicycling sensation. In 1898, despite threats, boycotts, and prejudice, Taylor won the title of world champion in sprints. He gained international recognition when he became national champion in 1900. From 1901 until his retirement in 1910, Taylor regularly traveled to Europe and Australia, where he beat the best bicyclists that both continents had to offer. In all, it is thought that he earned more than 75,000 dollars during his racing career. Unfortunately, his life went downhill from there and by 1930 he was living out of the YMCA in Chicago, peddling copies of his self-published autobiography The Fastest Bicycle Rider in the World: The Story of a Colored Boy's Indomitable Courage and Success against Great Odds (1929). Taylor died in the charity ward at the Cook County Hospital and was buried in the pauper's section of the Mount Greenwood Cemetery. In 1948, though, a group of black athletes and former bicyclists, with financial support from Frank Schwinn, the owner of the Schwinn Bicycle Company, had Taylor reburied with an appropriate marker and plaque in a more respectable place in the cemetery. 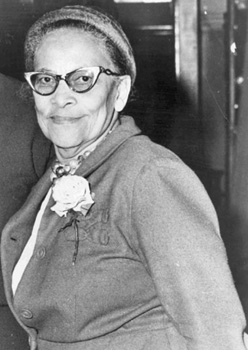 Mabel Staupers was instrumental in winning full integration for black nurses into the American nursing profession during the Great Depression and World War II. She played a pivotal role in bringing about the desegregation of the U.S. Army Nurse Corps in the turbulent period following Pearl Harbor. An immigrant from Barbados in the West Indies, Staupers became aware of the wide disparity between black and white healthcare when surveying the health needs of residents in her Harlem community for the New York Tuberculosis and Health Association in 1922. Her desire to reform the system and improve healthcare for the black community propelled her to become executive secretary of the Harlem Committee of the New York Tuberculosis and Health Association and of the National Association of Colored Graduate Nurses. With this experience and a keen awareness of political timing, she successfully pressured the government to admit black nurses into the armed forces during WWII, and after the war went on to achieve the integration of the American Nursing Association in 1948. 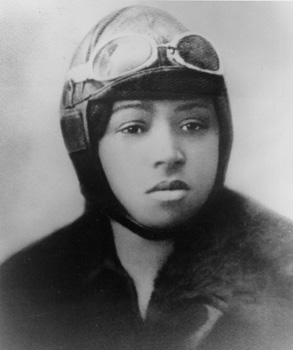 Courtesy of the Austin/Thompson Collection.

The twelfth of thirteen children born to Susan and George Coleman, as a child Bessie displayed an aptitude for mathematics that caused her parents to place her in charge of the family's finances. Moving to Chicago as a young woman, Coleman developed a keen interest in flying after hearing soldiers returning from World War I—among them her brother Johnny—talking about the developing field of aviation. Aware that there were no black aviators and that "the Race needed to be represented along this most important line," she quit her job as a manicurist and devoted herself to becoming a pilot. She eluded American racism by attending flight school in France, became an acclaimed parachutist, barnstormer, lecturer, and the first licensed African American female aviator. Although her career was cut short by an in-flight accident while rehearsing for a performance, Coleman achieved her goal of promoting aviation and encouraging African Americans to make their mark in the field. 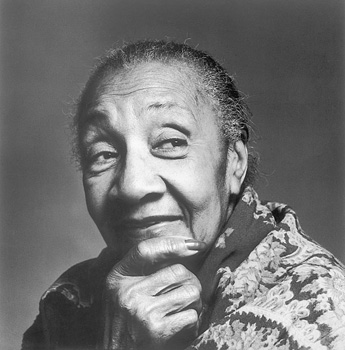 One of the great, though underappreciated, blues and jazz performers of the twentieth century, Alberta Hunter's career spanned nearly seventy years, starting at the age of fifteen and lasting through a comeback at the age of seventy-seven that allowed her to continue performing and recording music until her death in 1984. Known in part for writing sexually risque songs, Hunter composed for and performed with the greatest popular performers and jazz and blues musicians of her age, including Bessie Smith, Paul Robeson, Ethel Waters, King Oliver, Fats Waller, Duke Ellington, and Louis Armstrong, to name just a few. She performed for U.S. troops during both World War II and the Korean War, but stopped performing soon after her mother's death in 1954. After her mother's death, Hunter spent the next twenty years as a nurse in New York City, retiring at the age of eighty-two, after which she returned to performing for the remaining seven years of her life. Married from 1919 to 1923, Hunter actually spent most of her life in long-term relationships with a number of women, though she never publicly came out of the closet. 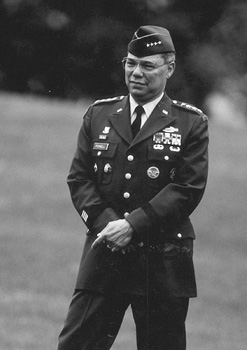 Courtesy of the Library of Congress.

Colin Powell was born in Jamaica and grew up in the Bronx. After joining the Reserve Officers Training Corps (ROTC) while attending the City College of New York, he embarked upon a military career that has made him one of the most recognizable United States military officers in the world today. Serving as a captain in Vietnam just months after his marriage to Alma Vivian Johnson, he received the Purple Heart after being injured by a booby trap set by the Viet Cong in 1962. He received a second Purple Heart in 1968, when he was wounded in a helicopter accident and saved other servicemen from the crash site despite his injuries. Rising quickly in the ranks, he also distinguished himself in political and diplomatic appointments, such as arranging the groundbreaking meetings between Ronald Reagan and his Soviet counterpart Mikhail Gorbachev. Powell's effective leadership in the Persian Gulf War brought him to the attention of the American public, and his career rose still higher with his appointment as Secretary of State by George W. Bush. He resigned the position in President Bush's second term and retired to private life, being replaced by Condoleezza Rice, the first African American woman to head the State Department.