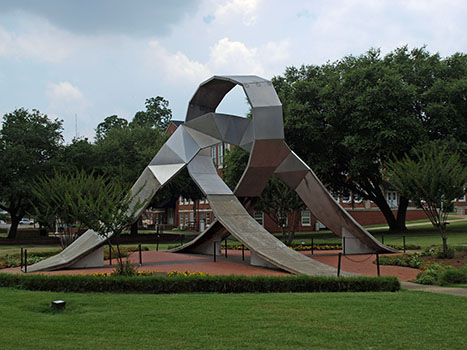 Alabama State Universtiy was founded in Marion, Alabama as the Lincoln School of Marion (LSM) in 1867, moving to Montogmery in 1887. LSM was founded by Thomas Steward, an American Missionary Association minister, and nine former slaves (James Childs, Alexander Curtis, Nicholas Dale, John Freeman, David Harris, Thomas Lee, Nathan Levert, Joey Pinch, and Thomas Speed) who served as the school’s trustees. In 1869 it was made Alabama’s only black normal school (teacher training college), though it was not allocated funding until 1870. It was the first state-sponsored liberal arts institution for the higher education of blacks in United States. The school’s alumni, students, and empolyees were active in the Civil Rights movement which led to white lawmakers decreasing funding throughout the 1950s and the school losing accredidation in 1961. It was reaccredited in 1966 and renamed Alabama State University in 1969. Notable alumni include Rosa Parks, Fred Gray (civil rights attorney and activist), and Inez Baskin (journalist and civil rights activist). 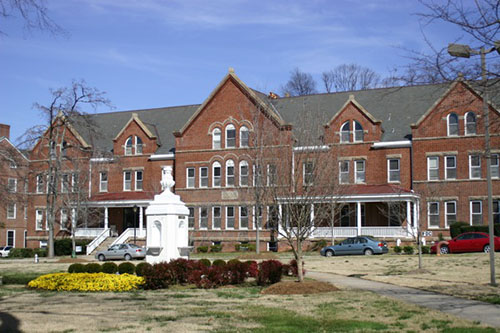 Spelman College is the oldest historically black college for women in the United States, founded in 1881 as The Atlanta Baptist Female Seminary, it become Spelman College in 1924. Spelman boasts notable in graduates across a range of industries and discipline, including Pulitzer Prize–winning novelist Alice Walker and Marcelite J. Harris, the first African-American woman to obtain the rank of General in the U.S. Air Force. Though Spelman’s first four presidents - and the majority of its early instructors - were white women, the 1920s saw larger numbers of black women joining the faculty. By 1937 the faculty was largely African American and Alfred E. Manley became the school’s first black president in 1953— though a black woman would not hold the office until Johnetta Betsch Cole in 1987. Spelman students were active in the Civil Rights Movement of the 1950s and 1960s, and were among the cofounders of the Student Nonviolent Coordinating Committee (SNCC), as well as participating in protests and sit-ins. 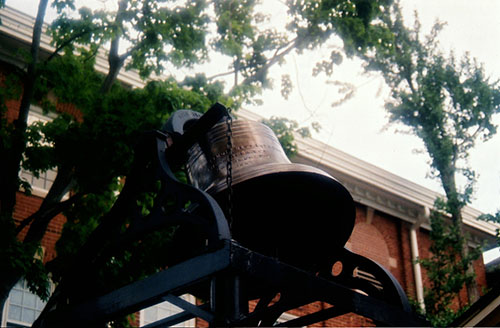 The historic bell near Morehouse’s Sale Hall serves has severed multiple functions throught the years; it has been rung to warn against Ku Klux Klan threats, to call students to protests, and to celebrate events like graducation. Morehouse College is the only all-male, historically black four-year liberal arts college in the United States. Morehouse’s mission is to ‘develop men with disciplined minds who will lead lives of leadership and service’ and Martin Luther King Jr., Spike Lee, and former U.S. Surgeon General David Satcher were all gradutes of the school. 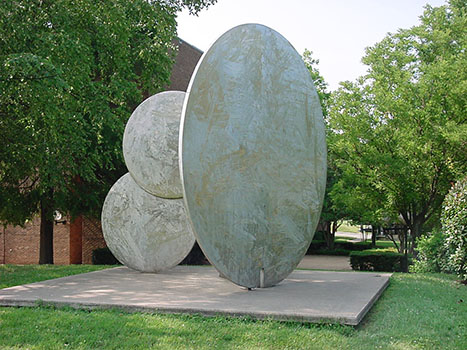 Southern Sunrise (1983) on the Winston-Salem State University campus, by artist Melvin Edwards, was the first sculpture commissoned by the University. Edwards’ work combines elements of African artistic tradition with modern sculpture tecniques. The University’s Diggs Gallery has been named as one of the Top 10 galleries of African-American. WSSU is a historically black public research university and was established in 1892 as the Slater Industrial Academy. The school begain in a one room frame building with 25 students and has grown into a campus with over 39 buildings, with a student body of more than 6,000. 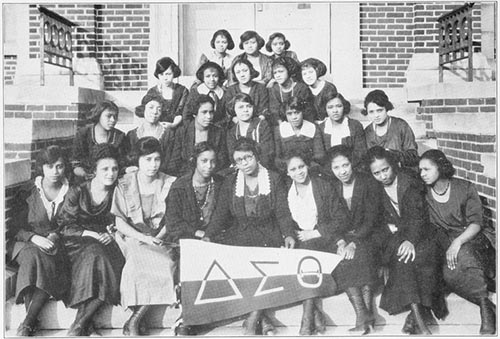 The Wilberforce University chapter of the Delta Sigma Theta Sorority was charted in 1914 and was only the second chapter of the Sorority which had been founded at Howard University the previous year. The predominantly black sorority now has 1,000 chapters throught the world. Wilberforce University was founded by memebers of the Methodist Episcopal which in 1856 and was the first predominantly African-American private university in the United States. The University was founded to provide education to the former slaves who escaped to Ohio via the Underground Railroad. Today Wilberforce is a private liberal arts University offering both undgraduate and gradute degrees. 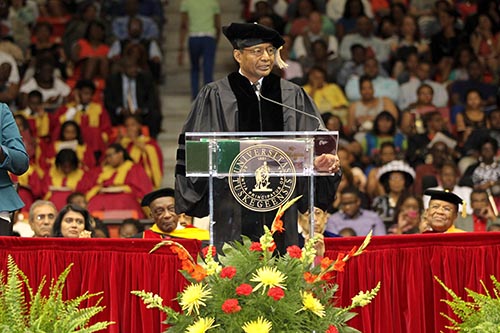 Lt. Gen. Thomas Bostick, 53rd chief of the U.S. army Corps of engineers gives the keynote speech Tuskegee University’s 2014 commencement ceremony. The University was founded as the Tuskegee Normal School in 1881 as a school for black teachers. State Senator Wilbur F. Foster turned to Lewis Adams, a former slave, for support in winning the black vote for his bit for reelection. Rather than accepting money, Adams secured a promise to establish a “colored” college, and a bill was passed by the state legislature in February of 1881 that appropriated $2000 for the school. Booker T. Washington was hired as the principal, though they did not yet have buildings, students, or a faculty, and stayed until his death in 1915. Notable Alumni include author Ralph Ellison, musician Lionel Ritchie, and civil/human rights activist Amelia Boynton Robinson. 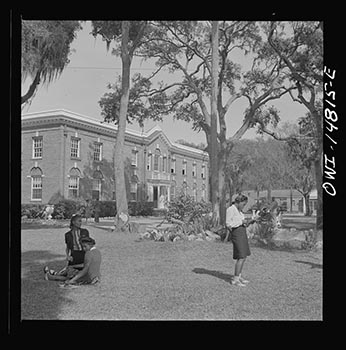 In 1904, the Daytona Educational and Institutional Training School of Negro Girls held its first classes in a two-story house. Founded by Mary McLeod Bethune, a descendant of slaves, the school was founded with a specifically Christian mission, with the motto “Enter to learn; depart to serve.” Within twenty years, the school merged with Cookman Institute of Jacksonville, Florida, becoming a coeducational high school. Soon after, it was renamed Bethune-Cookman Junior College, and in 1941 the institution began granting four-year degrees. In keeping with its motto, the school focused mainly on preparing students for careers in education and medicine, and its courses in African American studies date all the way back to its founding. In 2007, Bethune-Cookman officially became a university under the presidency of Trudie Kibbe Reed. Civil rights leader A. Philip Randolph and basketball coach John Chaney are among the school’s most famous alumni. 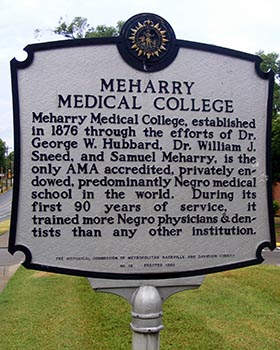 Founded in Nashville, Tennessee, Meharry Medical College began as the Medical Department of Central Tennessee College in 1876—the first school of its kind for African Americans in the South. In 1915, the school officially separated from Central Tennessee. Since its founding, the school has focused its resources on addressing the unique healthcare issues facing African Americans in the Jim Crow era—namely, the lack of access to adequate medical treatment. Meharry earned a reputation for producing black physicians, and its student body consisted of a relatively large number of women, including the surgeon Georgia Esther Lee Patton Washington. Women graduated from the school starting in 1893, and by 1904, the school employed Josie E. Well as its first female teacher. Though Meharry officially desegregated in the 1950s, it has remained a leading school for African American doctors, dentists and biomedical scientists. 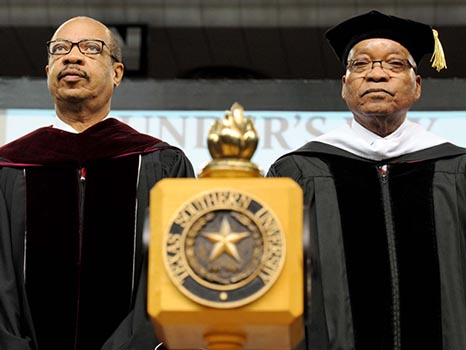 In 1927, the public school board in Houston approved the creation of a pair of segregated junior colleges. The resulting Colored Junior College grew rapidly from its initial student body of only 300, becoming a four-year institution called the Houston College for Negroes by 1934. In 1946, the school was renamed the Texas State University for Negroes when it incorporated a law school for black students. In 1951, the name changed again to Texas Southern University, an institution that aimed to utilize the same classical model as the University of Texas, with branches devoted to liberal arts, sciences, law, and medicine. In the 1970s, the Texas legislature designated a “special purpose” for Texas Southern: urban planning. Since then, the university has contributed to the city’s development as one of the most diverse urban centers in the world. Some famous graduates include football player Michael Strahan and Congresswoman Barbara Jordan. 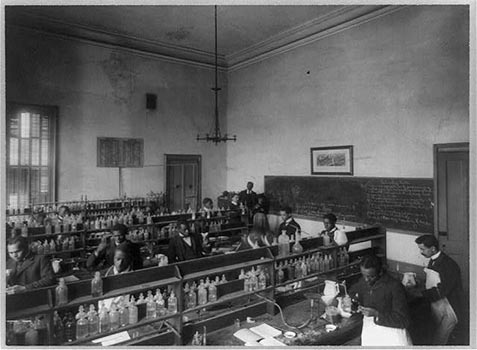 Howard University is perhaps the most respected and comprehensive HBCU in the United States. Founded in 1867 and named for the abolitionist Civil War general Oliver Otis Howard, the university boasts graduates such as historian Carter G. Woodson, ambassador Andrew Young, Nobel laureates Ralph Bunche and Toni Morrison, Trinidadian prime minister Eric Williams, Methodist bishop Vashti Murphy McKenzie, philosopher Alain Locke, actors Chadwick Boseman and Taraji P. Henson, and the author Zora Neale Hurston, who affectionately dubbed the school the “Negro Harvard.” Given its location in the nation’s capital, Howard maintained a strong connection with the civil rights movement, going back to its appointment of Frederick Douglass as one of the original trustees. Students such as U.S. Representative Elijah Cummings developed their activist careers while studying at Howard, making the school a hub for protest movements against segregation, Apartheid in South Africa, economic inequality, and police brutality. Along with the school’s continuing commitment to the core STEM curriculum (science, technology, engineering, and mathematics), Howard is also home to the Moorland-Spingarn Research Collection, one of the most extensive collections of documents related to black history. 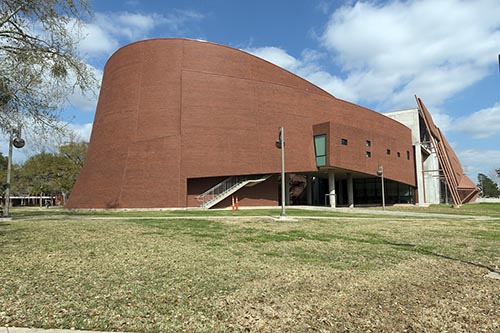 In 1876, Alta Vista Agricultural College became the first state-supported institution of higher learning for black students in Texas. Soon after, it became Prairie View Normal Institute, incorporating programs in farming, mechanical engineering, and teacher training. In the early twentieth century, the state legislature authorized new masters programs—though this was in large part to stave off efforts to forcibly integrate the higher education system. By investing in Prairie View, legislators hoped to keep it “separate but equal” from schools such as Texas A&M. As a result of these new funds, Prairie View became a university in 1945. After the era of segregation, Prairie View continued to expand, focusing in particular on its medical programs, including a master’s program in nursing founded in 1999. Famous students and alumni include U.S. Representative Emmanuel Cleaver, psychologist Inez Beverly Prosser, and actor Laurence Tureaud (better known as Mr. T). 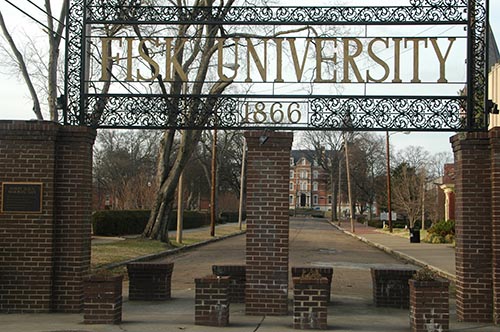 Fisk University began as the Fisk Free Colored School, a program of the Freedmen’s Bureau founded in Nashville and originally located at an army barracks near the current site of Union Station. The American Missionary Association sponsored the institution, and helped to incorporate it into Fisk University in 1867. The university gained national prominence thanks to the success of the Jubilee Singers, a group of students who toured the United States and Europe performing traditional black spirituals. In the early twentieth century, Fisk experienced a power struggle between the students and the mostly white administrators. Fisk’s most prominent graduate, W. E. B. Du Bois, played a major role in the dispute, encouraging a protest that demanded more authority for the student council as well as an independent newspaper. Du Bois and intellectual rival Booker T. Washington served on the board, and helped to develop the university’s focus on liberal arts education. Other alumni include U.S. Supreme Court justice Thurgood Marshall, scholar John Hope Franklin, and the poet and activist Nikki Giovanni. 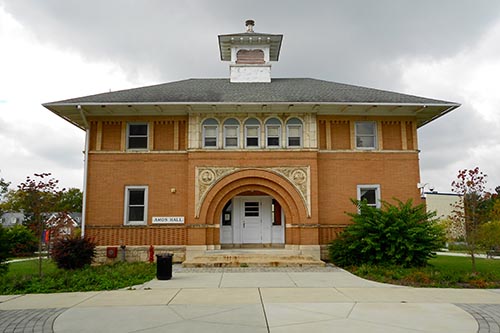 The first institution of higher learning for African Americans was the Ashmun Institute, founded in Oxford, Pennsylvania in 1854. Following the assassination of Abraham Lincoln, the school was renamed Lincoln University, and its earliest programs included liberal arts, law, medicine, and theology. For its first one hundred years of operation, Lincoln produced approximately 20 percent of the black physicians and 10 percent of the black lawyers in the country. Moreover, the school’s focus on international studies helped to make it a global institution. African leaders such as Nigerian president Nnamdi Azikiwe and Ghanaian prime minister Kwame Nkrumah were among its most prominent graduates. In the 1960s, the Peace Corps held training sessions at Lincoln, and the school has continued to develop programs in comparative studies, linguistics, and international diplomacy.