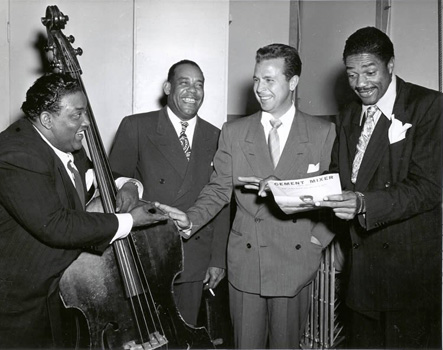 Photograph courtesy of the Miller Nichols Library, University of Missouri at Kansas City.

If the lighter side of rap and hip hop's wordplay and rhyme has a spiritual father, he might be Slim Gaillard (1916–1991, shown here at the right), the great jazzman and scat artist of the 1930s and 1940s, whose nonsense syllables and quick-witted and humorous rhymes can be heard as echoes in the raps of De La Soul, Busta Rhymes, and A Tribe Called Quest. Born in Santa Clara, Cuba, Gaillard was raised in Detroit and New York City. As half of the jazz duo Slim & Slam, Gaillard developed his own hip argot, a musical vocabulary of wildly colliding nonsense syllables and the surprise of unexpected rhyme Gaillard called "vout." Armed with it, a quick wit, and an ability to scat with the best, Gaillard produced hits like "Chicken Rhythm," "Flat Foot Floogie," and "Cement Mixer." Though he was not as famous as Cab Calloway or Scatman Crothers, Gaillard's comic derring-do and hip personal style made him a cult favorite among jazz listeners and fans of scat for generations to come. 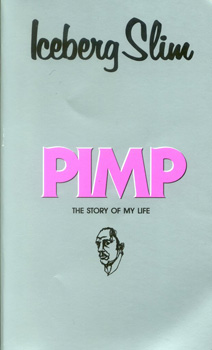 Without the rhymes, most rap and hip hop would be nothing more than creative samples of great R&B, funk, and soul tracks. The inspiration for those rhymes would come from many sources, of course: street-side patter, neighborhood and regional slang, and the creative and good-natured insults generated by "playing the dozens." Some would come from poetry, too, and few African American poets have had as far-reaching an influence on the development of hip hop style and substance as Iceberg Slim (1918–1992). Born in Chicago, the young Iceberg Slim turned his incisive mind and perceptiveness to a life of crime, becoming a successful pimp until a number of arrests and imprisonments convinced him to go straight and turn his native talents to more legitimate enterprises. Throughout the late 1960s and 1970s Iceberg Slim wrote and published an autobiography (Pimp, 1969), a number of novels (including Trick Baby, 1967; and The Long White Con, 1977), as well as verse, including an album of recorded poetry, Reflections (1994). Unflinching in their portrayal of the violence and depravity of the criminal life, as well as in their misogynistic portrayal of women, Iceberg Slim's works influenced a generation of hardcore gangster rappers, including Ice-T, the godfather of west-coast gangster rap, who named himself in part in honor of this spiritual ancestor. 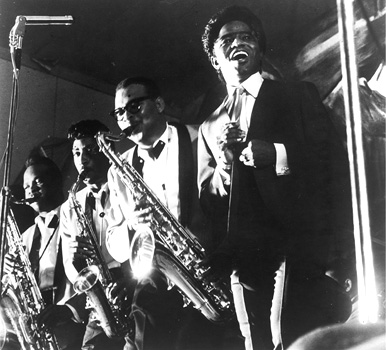 Few performers or recording artists have had as profound an influence on so many different kinds of music as has James Brown. Born on 3 May 1933 in Barnwell, South Carolina, Brown would go on to alter the course of R&B, soul, funk, rock and roll, and eventually rap and hip hop. From his early gospel group, the Famous Flames, to his groundbreaking R&B masterwork Live At the Apollo (1963) Brown electrified listeners with the altar-call wailing of his vocals and the precise, driving, jazz-inflected rhythms of his music. The unabashed sexuality and rapturous spontaneity of his live performances won Brown the title Godfather of Soul, but his R&B and funk would inspire generations of hip hop artists as well, not the least of whom was the hip hop pioneer Afrika Bambaataa, with whom Brown cut the smash-hit "Unity" in 1984. Brown's records have been sampled by hip hop artists on countless tracks. 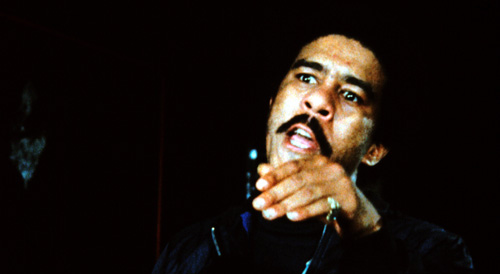 Of course not all of rap and hip hop's influences come from the world of musical performers or even the gray science of versifying. Among many important cultural and stylistic influences was the comedian, film actor, and writer Richard Pryor (1940–2005). Born in Peoria, Illinois, and raised in a brothel, Pryor went on to achieve international fame for his bold, profane, and fearless stand-up comedy routines. His landmark album, That Nigger's Crazy (1974), exploded on an audience ready for a challenge to the seemingly outdated codes and boundaries of polite performance, and was followed by such runaway hits as Outrageous (1979) and the classic Live on Sunset Strip (1982). Through his comedy, Pryor—like Redd Foxx and Flip Wilson—confronted the uncomfortable reality of race relations in the United States, as well as a seemingly endless catalogue of embarrassing and painful social, sexual, and personal situations. Unlike the worst of their numerous imitators, however, Pryor, Foxx, and Wilson were masters of an art whose appeal lies not merely in shock value, but rather in the humanity and sensitivity of their stories. Their honesty, storytelling skills, and the gifted use of colorful and profane language would have a significant influence on an entire generation of young hip hop and rap performers. 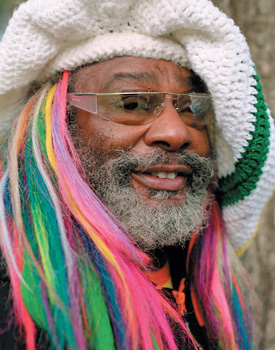 Courtesy of the 3 Rivers Music Festival.

Enormous, influential, freaky, inspired, George Clinton's Parliament-Funkadelic was and remains one of funk's all-time legendary ensembles. Born in Kannapolis, North Carolina, on 22 July 1941 Clinton formed the first version of Parliament in the back of the barbershop where he was an employee. Throughout the 1970s various incarnations of Parliament, Funkadelic, or a massive combination of the two delighted audiences with their daring and groundbreaking funk, acid-rock, R&B fusion—to say nothing of the group's outrageously colorful costumes, jewelry, and cool shades. Not merely empty entertainment, Parliament-Funkadelic promoted free thinking, black pride, and courageous individuality, as in 1971's Free Your Mind and Your Ass Will Follow and 1981's Electric Spanking of War Babies. With the rise of rap and hip hop, the influence of Parliament-Funkadelic, sometimes neglected or misunderstood, would be keenly felt again. 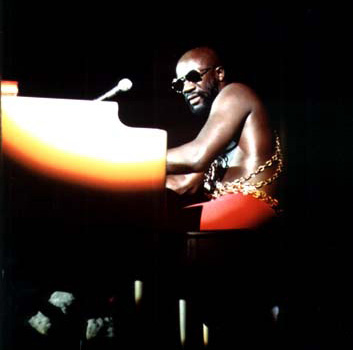 Photograph by John H. White. Courtesy of the National Archives.

A towering figure in 1970s soul music and a forebear of modern hip hop and rap, Isaac Hayes was born in Covington, Tennessee, on 20 August 1942, but it was in Memphis that the multi-talented Hayes would establish his sound and style. His classic 1969 effort, the sumptuous, deep-grooving Hot Buttered Soul, made Hayes a star and forever cemented his image—smoothly shaved head, eyes forever hidden by sunglasses, covered in gold jewelry—in the minds of a generation of young African Americans, who would later adapt the Hayes look to what would come to be known as gangster rap. In 1971 Hayes cut the hit title track to the legendary blaxploitation flick Shaft, a song for which Hayes became the first African American to receive an Academy Award for a musical composition.

For their style, posturing, and attire, rap and hip hop have often looked toward the world of sports for influences, and few figures in the world of professional sports have been a more significant single influence than Muhammad Ali. The greatest professional prize-fighter of his generation—and many others—Ali was born Cassius Clay on 17 January 1942 in Louisville, Kentucky, and went on to become heavyweight champion of the world when he defeated Sonny Liston in 1964 and again when he shocked the world by defeating George Foreman in the "Rumble in the Jungle" in 1974. An outspoken and controversial advocate for civil rights, Ali was stripped of his title in 1967 following his declaration of conscientious objector status in the war in Vietnam. This, coupled with Ali's decision to banish the name Cassius Clay as a relic of his ancestors' slave past and to announce his membership in the Nation of Islam, served to make Ali a figure of national speculation and argument. Ali's exuberantly boastful personal style, the quick-witted rhyming patter he used during jousts with both the press and prospective opponents, and his unquestionable status as one of the superstars of the professional sports world have ensured Ali a permanent place in the canon of hip hop and rap's most important forebears. 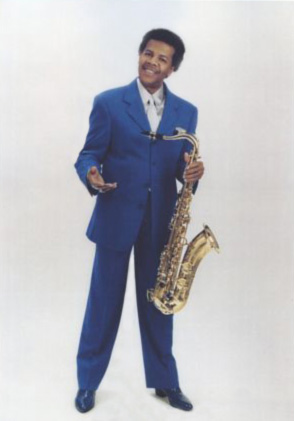 It may seem odd to name the light-hearted saxophonist and disco-funk impresario Jimmy Castor among rap and hip hop's most important influences, but Castor's albums were among the first and most popular tracks sampled by the style's earliest and most significant performers, and his music continues to be sampled regularly by current hip hop superstars. A native of New York City, Castor went from doo wop to the saxophone for a number of top-selling soul-inflected jazz efforts, including 1972's "Troglodyte" and 1988's "Love Makes a Woman" with Joyce Sims. Castor's easy hooks and sample-friendly melodies made him attractive to hip hop artists like DJ Kool Herc, NWA, and many others, who made frequent use of his tunes for their tracks. "It's Just Begun" (1972) and "Troglodyte" were especially popular and oft-used. 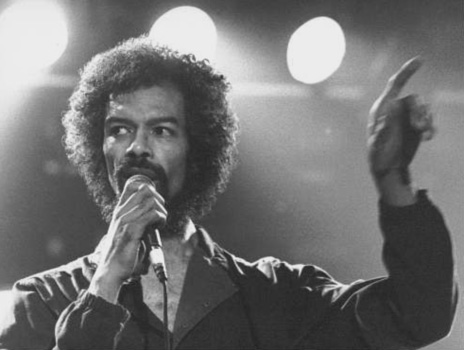 Hip hop and rap have many important influences—R&B, funk, soul, jazz, rock and roll performers; poets, and writers like Iceberg Slim; and stylistic forebears like Muhammad Ali and Richard Pryor. Few of these can match the importance of the spoken-word artist, improvisational street-poet, and R&B performer Gil Scott-Heron. Born on 1 April 1949 in Chicago, Illinois, Scott-Heron grew up in Tennessee and the Bronx, New York, where he undertook a life of writing at an early age. His first novel, The Vulture (1970), was a respectable effort and well-reviewed, but Scott-Heron's true fame would rest in his poetry and in his recordings. A radical reformer who wished to influence social change through words and ideas, Scott-Heron's spoken-word recordings were themselves formed out of firsthand experience with prejudice during his time in Tennessee as well as his alarm at the increasing violence and hopelessness growing in America's inner-cities. Tracks like the groundbreaking "The Revolution Will Not be Televised" (1974) as well as frequent attacks on the presidential administration of Ronald Reagan ("B Movie" and "Re-Ron" among others) would serve to make Scott-Heron an important figure among socially minded and politically inclined rap artists like KRS One and Public Enemy. 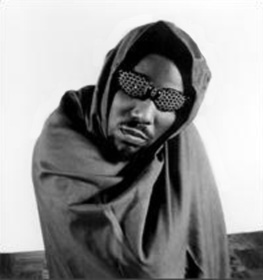 Though rap and hip hop have nearly countless musical, stylistic, and spiritual forebears, few of those figures were actually there, on the scene as rap was developing into an art form of its own. Afrika Bambaataa was there, however, organizing the earliest block parties and dance competitions and overseeing the emergence of rap and hip hop from its jazz and funk-inflected fusion origins into a form of modern, urban, musical poetry. Born in the Bronx, New York, on 10 April 1957, Bambaataa went from a founding member of the Savage Seven street gang to one of hip hop's most profoundly important guiding hands. A master DJ who blended innovative samples—jazz, funk, soul, R&B, as well as Afrocentric beats—Bambaataa as either producer or performer helped craft such watersheds of early hip hop as 1982's "Planet Rock" and 1980's "Zulu Nation Throwdown." His influence particularly on the Afrocentric school of hip hop and rap—De La Soul, A Tribe Called Quest, the Jungle Brothers, and KRS One, among others—has been indispensable. 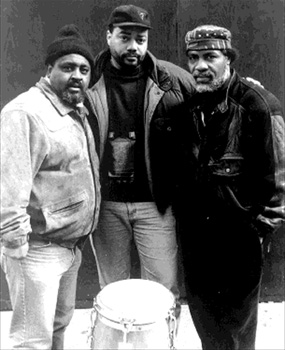 With Gil Scott-Heron, the ensemble known as the Last Poets is among rap and hip hop's most profound and far-reaching influences. An outgrowth of socially aware 1960s civil rights activism, the Last Poets was founded in prison by Jalal Mansur Nuriddin—sentenced as a conscientious objector to the war in Vietnam—Omar Ben Hassan, and Abiodun Oyewole. The three later took their poetry and proto-rap performance to the streets of Harlem, New York, where they soon attracted the interest of the jazz producer Alan Douglas. The group's fusion of free-form jazz, spoken word, and poetry earned them a spot on the American Top Ten charts, a success that was short-lived, brought low by various personal tragedies (Oyewole was arrested in 1970 on a robbery charge and sentenced to another term in prison). Still the group continued to cut albums throughout much of the 1970s, and their bracingly political and socially critical material—"Niggas Are Scared of Revolution" and "Last Rites" among many, many other formative tracks—became the bedrock for a generation of culturally aware rappers and hip hop performers.