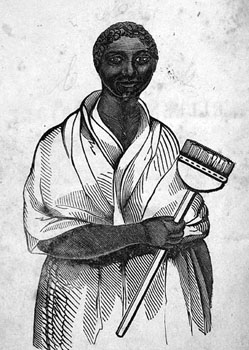 Memoirs of Elleanor Eldridge, 1838, by the antislavery author Frances H. Green, is one of the few narratives of a free black woman. This picture of Eldridge was the frontispiece. Courtesy Duke University, Rare Books, Manuscripts, and Special Collections Library.

Elleanor Eldridge (1784–c. 1845) stands out as an impressive success story from the beginning of American history. The youngest of seven daughters born to Hannah Prophet and Robin Eldridge, a slave who won his freedom fighting in the Revolution, Eldridge began working as a laundress at age ten following the death of her mother. Industrious and naturally bright, she quickly became adept at arithmetic, spinning, weaving, cheesemaking, and all types of housework. Drawing on her skill with numbers, at age nineteen Eldridge took over her deceased father's estate and quickly opened a business with her sister in Warwick, Rhode Island, weaving, nursing, and making soap. Realizing that investment and versatility were the keys to success, she used their profits to purchase a lot and build a house which she rented out for forty dollars a year. Eldridge eventually settled in Providence, where she opened a profitable business whitewashing, painting, and wallpapering. Her hard work and enterprising nature enabled her to eventually purchase several houses in Providence for rent income. Her Memoirs, published in 1838, is one of the few narratives of the life of a free black woman. 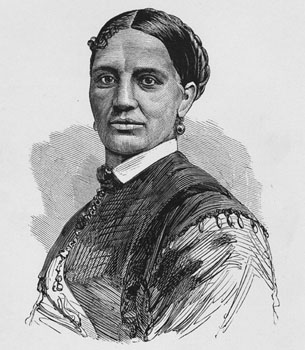 Elizabeth Keckley was Mary Todd Lincoln's dressmaker and friend during Abraham Lincoln's presidency; the friendship ended when Keckley's frank memoir, which revealed some confidential details about the Lincolns, was published in 1868. By permission of University of North Carolina.

Elizabeth Hobbs Keckley (1818–1907) was born a slave in Dinwiddle, Virginia. Separated from her family and frequently sold, as a teenager in North Carolina she was raped by her white owner and gave birth to a son. Later taken to St. Louis, she married a man named James Keckley but they separated when she learned that he had lied to her about being a free man. Despite this terrible background, Keckley displayed a remarkable skill for needlework and became an extremely valuable asset for her owners, who hired her out to make dresses for the wealthy women of St. Louis. Her work was so well received that in time a group of her wealthiest customers joined together to loan Keckley the 1200 dollars necessary to buy her freedom and that of her son. By working hard and capitalizing on her growing reputation as a dressmaker, she was able to pay off the loan within a year. In 1860 Keckley opened a booming business in Washington, D.C., where she made dresses for Varina Davis, wife of the future Confederate President, and eventually for Mary Todd Lincoln. Keckly became Mary Todd Lincoln's personal designer, traveling companion, and confidant, eventually authoring a book about her experiences in the Lincoln White House. Although she fell on hard times later in life, Keckley's rise from slavery to the White House is a testimony to her talent and enterprising spirit. 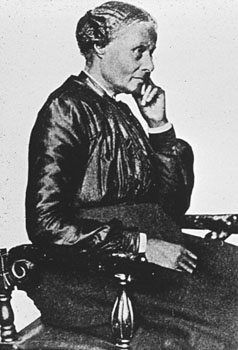 Although many details of Mary Ellen Pleasant's (1814–1904) life are obscure, it is generally agreed she lived for a time as a free woman in Boston before coming to San Francisco at the height of the Gold Rush in 1849. Taking advantage of the opportunities available in the booming new city, Pleasant started working as a cook for wealthy clients but soon began opening laundries, boardinghouses, and restaurants using the 45,000 dollars she inherited upon the death of her first husband. Her establishments were patronized by many of San Francisco's newly-minted elite, enabling Pleasant to interact with the city's most powerful businessmen and politicians. An ardent abolitionist and racial advocate, Pleasant employed many African Americans and used her businesses as a way to promote black employment throughout San Francisco. In time her involvement in the social and political affairs of the city, as well as her appearances in court to protest Jim Crow legislation, led to the growth of considerable folklore and myth about her character. Portrayed as everything from a radical abolitionist to a scheming voodoo queen, Pleasant was first and foremost a powerful entrepreneur whose influence was felt in San Francisco throughout her life. 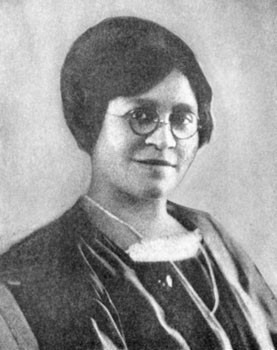 This photograph, dating from 1927, was captioned "A. E. Malone, Manufacturer of Toilet Articles." The practices she implemented became a model for combining business enterprises with racial responsibility. Courtesy the Moorland-Spingarn Research Center

As a high school student in Peoria, Illinois, Annie Turnbo Malone (1869–1957) discovered that she had an interest in chemistry. Combining this with her talent for grooming and styling her sister's hair, she began marketing hair and scalp treatments for African American women and soon developed a reputation for producing quality products. Realizing the potential to grow her business in a new niche market, Malone moved to St. Louis at the time of the World's Fair in 1904, where she continued making hair-care products and selling them door to door. Moving again to Denver in 1905, Malone copyrighted her business as the Poro Company and began opening beauty colleges dedicated to training hairdressers to care for African American hair. Malone used her success to further her philanthropic goals and to provide jobs for thousands of African Americans, both for the workers at her company headquarters in St. Louis and for the thousands of sales agents the Poro Company employed throughout the United States in the Caribbean. At the peak of her career, in the 1920s, Malone's personal worth reached fourteen million dollars. 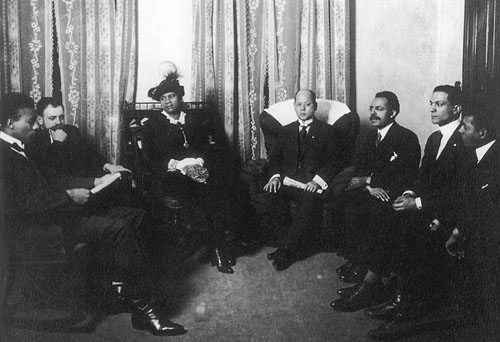 Madam C. J. Walker meeting with the Japanese publisher S. Kuriowa, a member of the Japanese delegation to the Paris Peace Conference, at the Waldorf-Astoria Hotel in New York in January 1919, to discuss the representation of people of color at the postwar proceedings. The meeting, called by the executive committee of the International League of Darker Peoples, included A. Philip Randolph, R. D. Jonas, Thomas Wallace Swann, C. T. McGill, and Louis George. Courtesy A'Lelia Bundles/Walker Family Collection/Madamcjwalker.com

Hair care products were, and still are, a big business. Annie Turnbo Malone's biggest competitor was Madam C. J. Walker (1867–1919), another nineteenth century hair care magnate who amassed a sizeable fortune selling products such as "Madame Walker's Wonderful Hair Grower." Ironically, Walker started her career working as a sales agent for Malone in St. Louis during the World's Fair, although this was a fact Walker did not often admit publicly. Competition between the two women grew fierce, with Malone accusing Walker of stealing her formulas and marketing them as her own. Walker, for her part, maintained that the recipe for her "Wonderful Hair Grower" had been revealed to her in a dream. Despite their rivalry, both Walker and Malone became highly successful. Although her business was based in Indianapolis, Indiana, Walker also exploited the mail-order market with great success, accumulating enough wealth that she was able to devote the later half of her life to philanthropy and political activism. 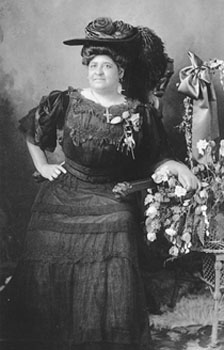 From age fourteen, Maggie Lena Walker (1867–1934) was a member of the Independent Order of St. Luke, an organization founded by a former slave dedicated to the uplifting of African Americans. After becoming leader of the Order when it was on the verge of financial ruin, Walker became the first female bank president in the United States by founding the St. Luke Penny Savings Bank in 1903. Succeeding in her twin goals of revitalizing the Order of St. Luke and encouraging economic security for the black community of Richmond, Virginia, Walker grew her business by welcoming small depositors and helping to finance black home ownership. Her success is evidenced by the fact that the bank, now named the Consolidated Bank and Trust Co., remains open today as the oldest continuously black-owned bank in the United States. True to the Order of St Luke's goal of uplifting African Americans, Walker went on to found other businesses and advocate tirelessly for black rights and women's suffrage throughout her life. 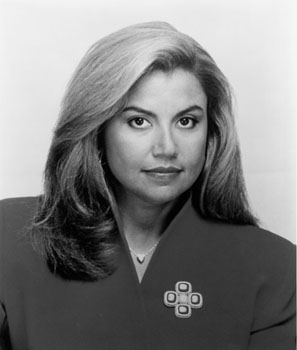 Suzanne de Passe has won numerous awards including Emmys, Peabodys, and Golden Globes. She is so well known for her managerial abilities that Harvard Business School has conducted two studies of her management style. Courtesy the Austin/Thompson Collection, by permission of De Passe Entertainment.

The twentieth century has seen the slow emergence of black women in positions of corporate authority, a number of them in the entertainment industry. Suzanne de Passe (1948– ) was one of the first African American women to become a power player in the music, television, and film industries. Beginning her career as a creative assistant at Motown Records in the 1960s, de Passe rose to become a vice president of the company before turning her attention to screenwriting. After achieving acclaim for works such as Lady Sings the Blues, the successful film biography of Billie Holiday, de Passe eventually founded her own entertainment company, de Passe Entertainment, that primarily produces material for television. Her ability to balance her projects' creative integrity with the bottom line has proven so successful that Harvard Business School has conducted two studies of her managerial style. De Passe's versatility, creative integrity, and sound business sense has enabled her to become one of the most influential women in the entertainment industry today. 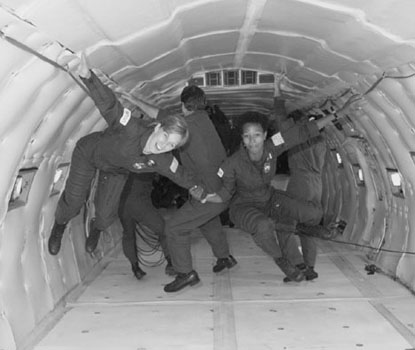 Mae Jemison (1956– ) was inspired to become an astronaut as a child, while watching the African American actress Nichelle Nichols play Lieutenant Uhura on the original Star Trek television series. From that time forward, her interest in both technology and social issues became the guidelines by which she planned a successful career. After studying science, engineering, and medicine, Jemison applied to the astronaut training program at NASA and fulfilled a lifelong dream in 1992 by becoming the first African American woman in space. After returning to Earth, she founded the Jemison Group, Inc., a technological development firm that encompasses her interests in technology, medicine, environmental issues, and social advancement. Originally inspired by the vision of a black woman in the "man's world" of science and technology, she has herself become an inspiration as an innovator in both science and business. 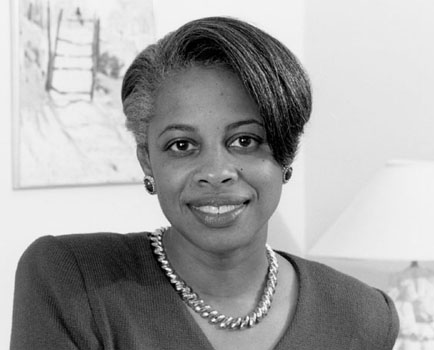 Ann Fudge, of Young and Rubicam, has risen to the top ranks of corporate America. Courtesy the Austin/Thompson Collection.

From her beginning as a marketing assistant at General Mills in 1977, Ann Fudge (1951– ) has risen to the top ranks of corporate America. Forced to prove herself in a traditionally white, male dominated corporate environment, Fudge's leadership style and ingenuity served her well during her time at General Mills and later at Kraft Foods. Under her direction, marketing teams at both companies devised ways of redefining old products to make them newly appealing to consumers. Her successful marketing of products such as Honey Nut Cheerios, Shake 'N Bake, and Kool Aid earned the respect of her colleagues and eventually enabled her to shatter the glass ceiling by becoming the CEO of Young and Rubicam's Inc. Advertising Agency in 2003. 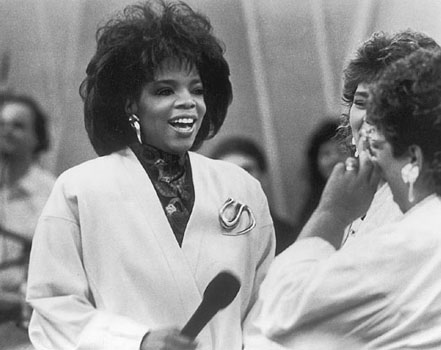 Oprah Winfrey, talk-show host, actor, and producer. She has been not only an enormously successful entertainer but also a powerful force for change. Courtesy Photofest.

Few entrepreneurs of any race or gender have achieved as much spectacular success as Oprah Winfrey (1954– ). From her early success as the host of A. M. Chicago, Oprah has built a media empire that extends far beyond The Oprah Winfrey Show, although the show, which has been America's highest rated talk show for eighteen seasons, has won thirty five Emmy Awards, and is broadcast in 109 countries, remains at the heart of Oprah's success. The spectacular achievements of her company, Harpo Productions, have made her the first African American female billionaire. Oprah's meteoric rise is perhaps due to her ability to embrace a wide range of projects, including acting and producing for television film, publishing O magazine, devising the influential Oprah's Book Club, and donating large sums of money for philanthropic causes both at home and abroad. Inarguably a household name, Oprah represents a high water mark of success for entertainers and businesspeople everywhere.