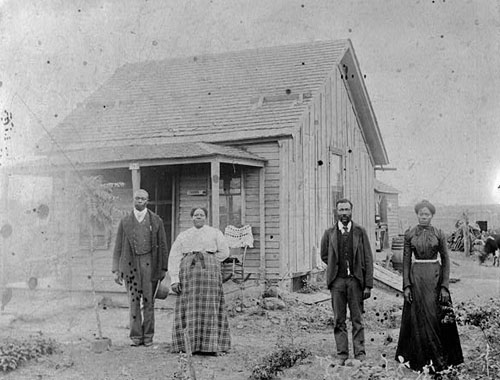 In the years following the Civil War, many newly freed African Americans began to form separatist communities or Black Towns as a way to avoid the oppressions of the majority white society. A main destination for many African Americans was Kansas, in large part aided and encouraged by the black nationalist and former slave Benjamin "Pap" Singleton. In the 1870s hundreds of black families settled in Pap's colonies. Singleton founded Nicodemus, Kansas, one of the first and most successful Black Towns in 1878 and by 1879 it had almost 700 residents. Many of Nicodemus's inhabitants were Exodusters, nicknamed thus for their participation in the 1879 Kansas Fever Exodus. The town's rapid growth was sharply curtailed when the town was bypassed by the railroad in 1888 and the residents slowly relocated to more prosperous towns. This photograph shows an early homestead in Nicodemus, Kansas. Pap Singleton is third from the left. 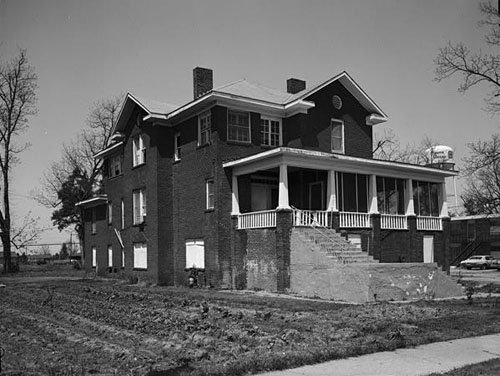 In 1888, the freed slaves Isaiah T. Montgomery and Ben Greene founded Mound Bayou, Mississippi, an experimental planned community for African Americans. Using the teachings of Booker T. Washington as inspiration, Montgomery and Greene formed the self-governing and economically independent town that flourished in its initial years. Montgomery, whose Mound Bayou home is shown here, served as mayor for the town from 1898 to 1902. In addition to a successful political career, he became close friends with Booker T. Washington, who often used the town as an exemplar of black independence in his writings. While Mound Bayou has not regained its previous prosperity, the town continues to be a predominantly black town. In 2000, 98.4 percent of the town's 2,093 people were black or African American. 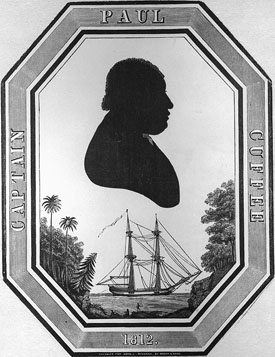 As early as the turn of the nineteenth century, many African Americans believed that returning to Africa was the most viable solution to the bleak social situation in the United States. One of the wealthiest black people in his time, the sea captain and philanthropist Paul Cuffe encouraged the return of African Americans to Africa. In 1815, Cuffe along with thirty-eight African Americans sailed to Sierra Leone in Cuffe's ship, The Traveller. While there had been earlier Back-to-Africa efforts, Cuffe's was the first one initiated by an African American. While suspicious of their intentions, Cuffe also worked with the American Colonization Society (ACS), formed in 1817 by a group of white politicians and clergymen in order to remove free blacks from the United States and return them to Africa. Black nationalists had much to say about the barely veiled racist motivations of the ACS but Cuffe chose to work with the group, using their funds in order to help his own cause 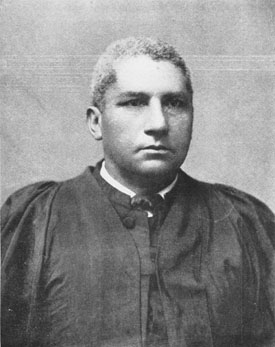 In the late nineteenth century Pan-Africanists such as Henry McNeal Turner, Alexander Crummell, and Edward Wilmot Blyden continued to encourage the emigration of blacks to West Africa. Henry McNeal Turner was one of the major proponents of the Back-to-Africa movements at that time and he was especially interested in having Africans Americans return to Africa as Christian missionaries. Turner encouraged African Americans to relocate to Sierra Leone and Liberia, experimental colonies formed as destinations for former slaves and free blacks. For Turner, repatriation served several ends. Not only could Africans Americans spread Christian doctrine and "civilize" Africa but emigration would also remove them from political and economic difficulties in the United States. In 1876 Turner was elected honorary vice president of the controversial American Colonization Society. 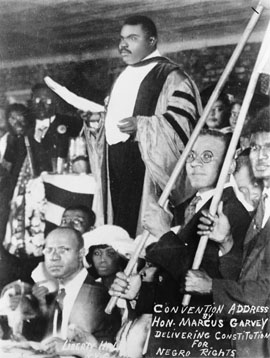 In the early part of the twentieth century, a new wave of black nationalism swept the country led by Marcus Garvey, the most significant of all the "classic" black nationalists. In 1914 Garvey founded the Universal Negro Improvement Association (UNIA) in Jamaica and in 1917 he came to Harlem, New York, bringing UNIA with him. The organization promoted blackness as a source of pride and beauty mainly through the promotion of black-owned businesses and a generally separatist ideology. At its height the UNIA was the largest organization of its kind with 700 branches scattered across the country and millions of members. Garvey's followers called themselves Garveyites and were known for organizing parades and wearing sharp military-style uniforms in order to show their racial pride. Garvey himself proved to be quite controversial but his teachings of black independence and pride had a profound influence on later black nationalists and activists. 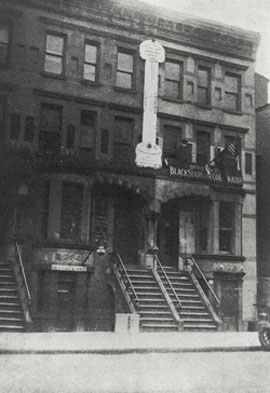 One of Marcus's Garvey and UNIA's major endeavors was the Black Star Line, Inc., which greatly helped the UNIA's efforts but was ultimately Garvey's downfall in the United States. The Black Star Line was a steamboat enterprise that consisted of three aging, overpriced steamships that shuttled cargo and passengers to and from Africa. Despite the state of the ships the Black Star Line garnered a great deal of interest and helped fund many of the UNIA expenses. The steamship line also served Garvey's repatriation efforts by literally taking African American's back to Africa. The Black Star Line shut down operations in 1921 due to poor management and in 1923 Garvey was found guilty of defrauding Black Star Line shareholders and imprisoned. Upon release Garvey was deported to Jamaica and never returned to the Unites States. 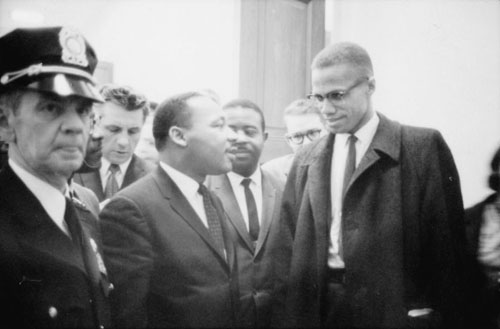 Malcolm X, arguably the best-known figure in the history of black separatist movements, is shown here with Martin Luther King Jr. on 26 March 1964, just a few weeks after Malcolm had broken ties with the Nation of Islam. Malcolm and King greatly differed in their approaches to achieving a better life for black people in the United States. X advocated black separatism and self defense from racial violence inflicted by white people. King adhered to a nonviolent approach to achieving greater racial equality through racial integration. Malcolm X's highly influential and highly contested book The Autobiography of Malcolm X (written with Alex Haley) was published in 1965 after his death and served as a canonical text for the Black Power movement 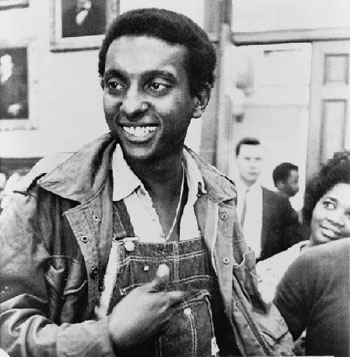 Although he did not coin the phrase "Black Power," the civil rights activist and Student Nonviolent Coordinating Committee (SNCC) chairperson Stokely Carmichael is widely credited for popularizing it. "Black Power" became the battle cry for black nationalist groups of the late-1960s and the 1970s. On 16 June 1966, in response to being arrested for trespassing at the March Against Fear, Carmichael proclaimed, "This is the twenty-seventh time I've been arrested, and I ain't going to jail no more. The only way we gonna stop them white men from whupping us is to take over. We been saying freedom for six years and we ain't got nothing. What we gonna start saying now is Black Power!" Black Power soon became a household term as well as an indication of the shifting approaches of how to fight for equal rights. In June 1967, Carmichael was asked to become the prime minister of the burgeoning black nationalist organization, the Black Panther Party. 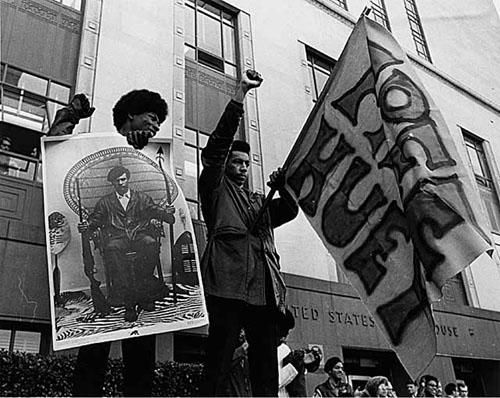 Drawing on the teachings of black nationalists before them, Huey Newton and Bobby Seale formed the Black Panther Party in Oakland, California, in 1966 in response to heightened police brutality. Emerging in a moment of sharpening racial frustration, the Black Panthers brought a new degree of militancy to the ideas of black pride, power, and nationalism, and the group soon became a strong cultural presence in the United States. A socialist revolutionary group, the Panthers advocated for basic needs for black people such as adequate food, shelter, and employment opportunities. They also advocated armed self-defense against white oppressive powers, which earned them a reputation as a dangerous and revolutionary group. This image shows Black Panthers on the stairs of the Seattle federal courthouse in 1969 demanding the release of the Party co-founder Huey P. Newton who had been arrested and charged with the murder of a white police officer. 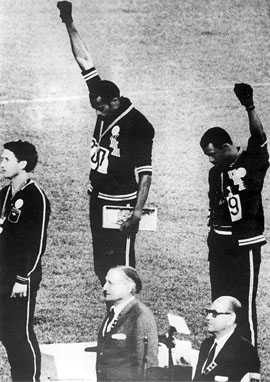 On 16 October 1968 at the Olympic summer games in Mexico City, the track-and-field sprinters Tommie Smith and John Carlos brought Black Power to an international audience. After winning gold and bronze medals, respectively, in the 200-meter sprint, Smith and Carlos took to the podium wearing black socks with no shoes to represent the poverty of black people in the United States and a black scarf to symbolize black pride. During the playing of the national anthem, Smith and Carlos lowered their eyes and each raised a single black-gloved fist in the traditional Black Power salute. Their gesture, meant to protest racism and segregation, was met with a mixed, though largely negative, response. Shamefully, after the ceremony the two Olympians were suspended by the U.S. team and ordered to leave Mexico City immediately. 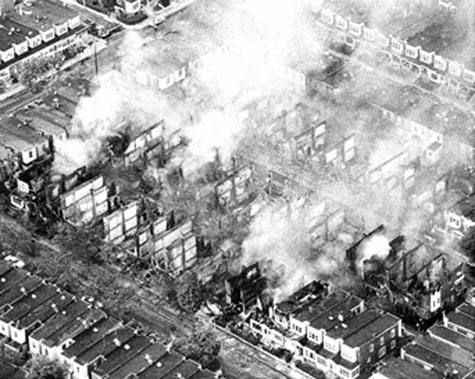 The challenges and struggles that separatist groups face are not purely political, but also often puts them in great physical and even mortal danger, as exemplified in the bombing of the predominantly African American separatist group MOVE. The Philadelphia based group, whose members all took the last name Africa, had a long, tumultuous history with the local police as well as the surrounding communities. On 13 May 1985, the police dropped a bomb on the group's home on Ossage Avenue in West Philadelphia. The police then allowed the fire to burn and it spread rapidly to neighboring buildings and blocks destroying sixty-one homes. Eleven MOVE members died in the fire including five children. Only two members survived the inferno.