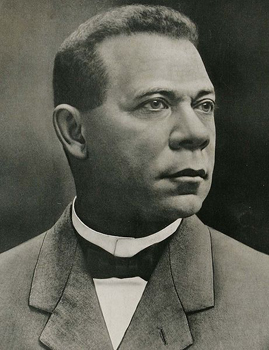 Among his numerous legacies, Booker T. Washington has been embraced by black conservatives as an enduring ideological model. Washington, who was born to a single slave mother and worked in the West Virginia coal mines before his teens, would go on to become founder and president of the Tuskegee Institute, one of the country's most successful education centers; by the early 1900s he was the United States' most important African American leader. Given his estimable success, Washington's avowed principles—chief among them self-reliance, thrift, and independence from government— have been championed by African Americans on the political right, including former Republican Congressman Gary Franks, businessman Ward Connerly, and economist Thomas Sowell, to name a few. All believe the modern day conservative movement (or in some cases, the libertarian movement) aligns closer with Washington's values than any other political orientation. To critics of Washington, most notably W. E. B. Du Bois, Washington's venerable accomplishments came at a price: The term "accommodationist," used often to describe Washington's approach to race relations, has largely become a pejorative meant to imply nonconfrontation in the face of social inequality. Consequently, accommodation is a common charge against contemporary black conservatives, who believe solutions to racial disparities need not originate from the state. 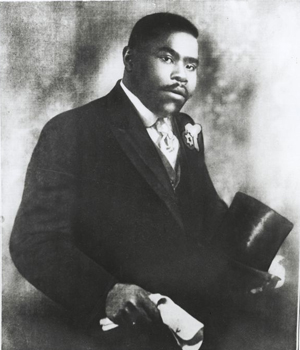 Marcus Garvey. Courtesy of the Library of Congress.

Marcus Garvey's ideology, most commonly described as separatist, contained elements of modern conservative belief—most significantly a fiercely expressed devotion to self-reliance. He founded the Universal Negro Improvement Association (UNIA) in 1914, believing that African Americans could rely only on themselves for economic and social advancement. The organization's most ambitious effort, the Black Star Line Steamship Corporation, was undertaken explicitly to foster economic ties between African Americans, West Indians, and Africans, who working in tandem could "gather [their] share of the wealth there is in the world." Speaking at Carnegie Hall in 1923, Garvey explained as much, stating that "the Universal Negro Improvement Association seeks independence of government, while the other organizations seek to make the Negro a secondary part of existing governments." His zealous dedication to black self-determination made for controversial allies, however, including Ku Klux Klan leader Edward Clarke, whom Garvey infamously met with in 1922 to denounce integration and gain support for African American emigration to Liberia. 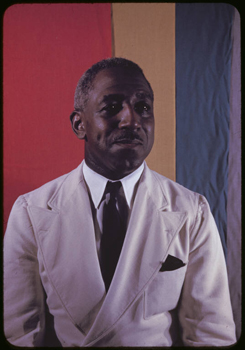 In 1966 George S. Schuyler published his autobiography, Black and Conservative. By that time, the former Harlem Renaissance literary star had certainly lived up to his self-designation, having spent the better part of his life denouncing communism and mocking his left-leaning contemporaries. Included among them were W. E. B. Du Bois, whom he satirized as an opportunist in the 1931 novel Black No More, and Langston Hughes, target of his 1926 essay for The Nation "The Negro-Art Hokum," a jeremiad against exceptionalist claims on African American art. A onetime socialist, Schuyler grew progressively more disenchanted with African American leadership, and, after denouncing Martin Luther King Jr. in 1964, accelerated his own marginalization. Conservatives believe Schuyler—once referred to as "the black [H. L.] Mencken"— suffered for his unorthodox opinions; in a 2000 article for the Hoover Institution, one of the United States' most prominent conservative think tanks, fellow Michael Judge writes "even in a culture whose media and publishing are dominated by liberal elites, it's remarkable how completely Schuyler's name has disappeared from history." 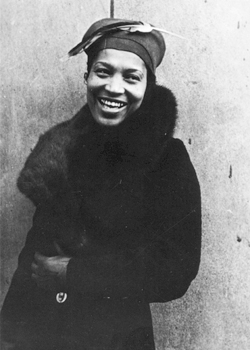 Unlike many, if not most of her contemporaries, Zora Neale Hurston grew up under largely favorable circumstances. Her father was a three-term mayor of Eatonville, Florida, a self-contained black town that was one of the country's most prosperous. Hurston's esteem for the city (and perhaps by extension, the country) greatly informed her work—scholar OluwaTosin Adegbola writes in the Encyclopedia of African American History that Hurston was "unrelenting in her portrayal of African Americans as people who were not marginalized"—though many of her critics viewed Hurston as ignorant of the typical African American experience. She remained steadfast in her belief that black self-sufficiency could be obtained without government intervention, and in 1955 authored a letter to the editor in the Orlando Sentinel arguing against Brown v. Board of Education, rejecting the ruling as irredeemably condescending. "Since the days of the never-to-be-sufficiently-deplored Reconstruction," she writes, "there has been current the belief that there is no greater delight to Negroes than the physical association with whites . . . I can see no tragedy in being too dark to be invited to a white school social affair." 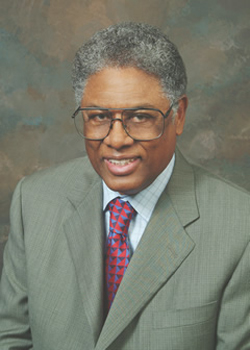 Thomas Sowell was a core participant in the 1980 Black Alternatives Conference in San Francisco, considered the genesis of the modern black conservative movement. The event, commonly known as the Fairmont Conference (it was held at the Fairmont Hotel), was sponsored by the Institute for Contemporary Studies, a conservative think tank founded in 1972 by Edwin Meese III and Caspar Weinberger, both of whom would gain prominent cabinet appointments in the Reagan administration. The conference brought together approximately one hundred policymakers and academics interested in countering what they believed to be the unfilled promises of previous administrations. Chief among the participants' beliefs—and in great contrast to the views of traditional civil rights organizations—was the position that institutional racism had ceased being the primary obstacle to African American social and economic advancement. In a speech at the event, Sowell stated that "there is growing factual evidence of counterproductive results from noble intentions," referring to programs such as affirmative action and federal welfare payments. A prominent public intellectual, Sowell earned his Ph.D. in economics at the University of Chicago under the mentorship of renowned economic theorist Milton Friedman, and has been a Senior Fellow at Stanford University's Hoover Institution since 1980. Arguably the most influential black conservative scholar of the past four decades, he has been a prolific commentator, authoring over two dozen books. 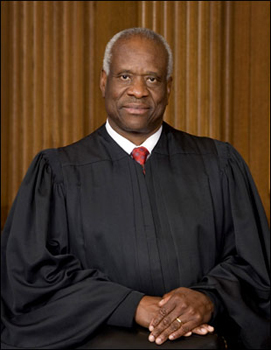 Despite charges of having benefitted from some of the programs he currently opposes, Associate Justice of the U.S. Supreme Court Clarence Thomas has remained a reliable member of the Court's conservative bloc since his appointment by President George H. W. Bush in 1991. Thomas's admission to Yale Law School in 1971 has been acknowledged as a product of affirmative action; paradoxically, once admitted, he came to see the initiative as patronizing and unnecessary. Raised in a strict religious household in rural Georgia, Thomas believed his growing traditionalist beliefs aligned with his upbringing, which he credits as having strengthened him against the injustices of the Jim Crow era. Thomas has credited venerable conservative black economist Thomas Sowell and his 1975 book Race and Economics with influencing his ideology, particularly in regard to limitations on the federal government's power. Despite his achievement as the second African American Supreme Court justice, Thomas has been persistently criticized by left-leaning African American opponents for ruling in favor of policies that they believe to be unfavorable to African American interests; some of these include school vouchers, unrestricted campaign financing, and the abolishment of affirmative action. 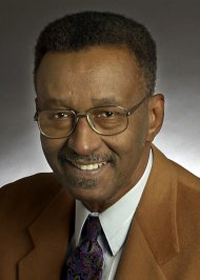 A contemporary and onetime colleague of Thomas Sowell, scholar Walter E. Williams participated in the Fairmont Conference in 1980, perhaps the most important event in the development of the black conservative and libertarian platform. Since the 1960s, Williams has remained an ardent defender of free enterprise, believing laissez-faire capitalism to be the best system for empowering the poor. Much of his graduate studies were spent investigating how economics affects low-income communities, and his dissertation contended that retail goods are priced higher in distressed areas than in more affluent ones due to heightened economic risks, not because of racism or exploitation. Williams, a professor at George Mason University, is a prolific author and recipient of several prestigious fellowships, and has been a considerable media presence, including guest-hosting stints on The Rush Limbaugh Show. His opposition to traditional African American leadership objectives—minimum wage laws and labor unions—has engendered controversy, although perhaps none as much as his "Proclamation of Amnesty and Pardon Granted to All Persons of European Descent," a tongue-in-cheek absolution of black grievances. 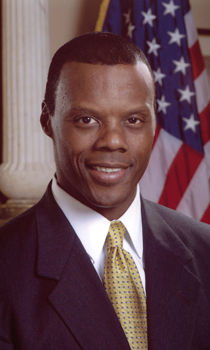 J.C. Watts. Courtesy of the U.S. Mission to the Organization for Security and Cooperation in Europe.

The election of Republican J. C. Watts to Congress in 1994 may be seen as a validation of black conservative efforts. Watts, a minister and small businessman from Oklahoma, an overwhelmingly white, conservative state, was exceedingly popular, serving four terms until he declined to seek reelection in 2002. Even though he was raised in a Democratic household, Watts became a registered Republican in 1989, a year before he was elected to a utilities regulation board for the state. According to the African American National Biography, Watts believed that the Republican platform best aligned with his "values of faith, family, hard work, small-scale entrepreneurship, and personal responsibility." Watts's political stock quickly rose after his election to Congress, and GOP leaders were keen to highlight his example. In 1997 he was tapped to provide the Republican response to President Clinton's State of the Union Address and was elected chair of the House Republican Conference from 1998 to 2002, a senior leadership position. Despite Watts's popularity, the Republican appeal to African Americans remained slight; throughout his tenure, he remained the only black GOP member in Congress. 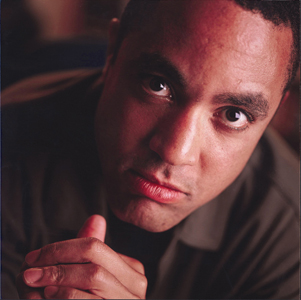 John McWhorter. Courtesy of the Manhattan Institute for Policy Research.

While not in the easily identifiable mold of ideologues such as Clarence Thomas—in fact, he supported Barack Obama during the 2008 presidential election—scholar John McWhorter nonetheless supports many of the key positions embraced by modern conservatism. Chief among them are the beliefs that racism is no longer the greatest impediment to African American success and that government intervention is unable to supplant private self-sufficiency. A former professor of linguistics at the University of California-Berkeley, McWhorter is a Senior Fellow at the Manhattan Institute for Policy Research, a right-leaning think tank founded by William J. Casey, CIA director in the Reagan administration. Only in his early forties in 2010, McWhorter perhaps represents the most relevant face of—if not "conservative" in the classic sense, undoubtedly alternative—black American discourse. He has been a prolific commentator, and in 2008 he published All About the Beat: Why Hip Hop Can't Save Black America, which argues that as a form of social protest, rap music has achieved much less than its supporters claim. Additionally, McWhorter has written critically of black studies programs and eminent black scholars such as Cornel West. Before it went out of print in 2008, he was a regular contributor to free market champion the New York Sun; he has, however, contributed to publications across the political spectrum, including The New Republic, the Boston Globe, and the National Review. 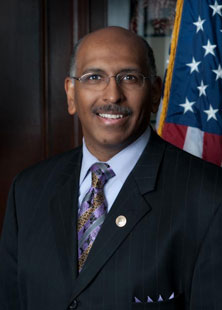 In 2010, there were no black Republicans in Congress, and chairman of the Republican National Committee (RNC) Michael Steele was arguably the most visible conservative African American in the United States (with the exception of Supreme Court Justice Clarence Thomas). Steele, a corporate finance attorney, entered politics in 1993 as a Republican patron in Prince George's County, Maryland, home to one of the highest concentrations of middle-class African Americans in the United States. In 2003 he was elected lieutenant governor of Maryland, becoming the first African American to hold statewide office in that state. He was appointed RNC head after a losing a bid for the U.S. Senate in 2006. Despite his prominent position within the Republican Party, Steele supports numerous causes typically associated with Democrats, including support for affirmative action and a ban on assault weapons. Under his direction, the Republican Party has pledged a more concerted effort to recruit African Americans, citing the failures of Democratic institutions to remedy longstanding social disparities. Nevertheless, Steele's agenda has been overshadowed by his various public gaffes—a spat with influential conservative radio host Rush Limbaugh; an interview with GQ magazine in which he seemed to affirm abortion rights; revelations that he used RNC funds at a risqué Hollywood nightclub—leaving his future in Republican leadership uncertain.