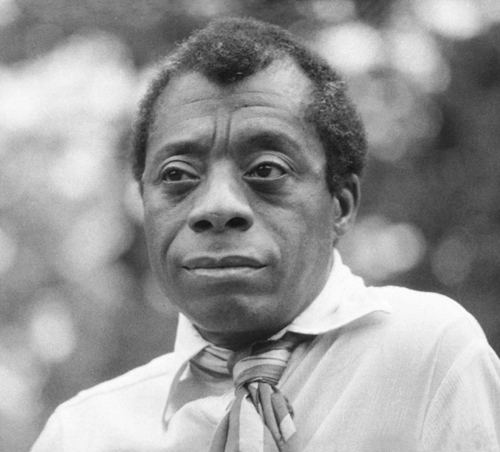 James Baldwin was one of the great literary artists of the twentieth century, and one of America's foremost public intellectuals. He was also one of the first American writers to make queer sexuality a central theme of his fiction. From Giovanni's Room (1956) to Another Country (1962), Tell Me How Long the Train's Been Gone (1968) to Just Above My Head (1979), Baldwin's novels illuminate the complexity of human sexuality and desire, as well as the deep imbrication of our categories of gender, sexuality, race, and natioFnality. In his late essays, Baldwin also wrote movingly about his own sexual coming-of-age, using his personal experience, as he often does in the essay, as text for collective reflection. He wrote in his 1984 essay, "Freaks and the American Ideal of Manhood" that "The idea of one's sexuality can only with great violence be divorced or distanced from the idea of the self." Baldwin's work continues to inspire new generations of artists and has been foundational in the formation of black queer studies. 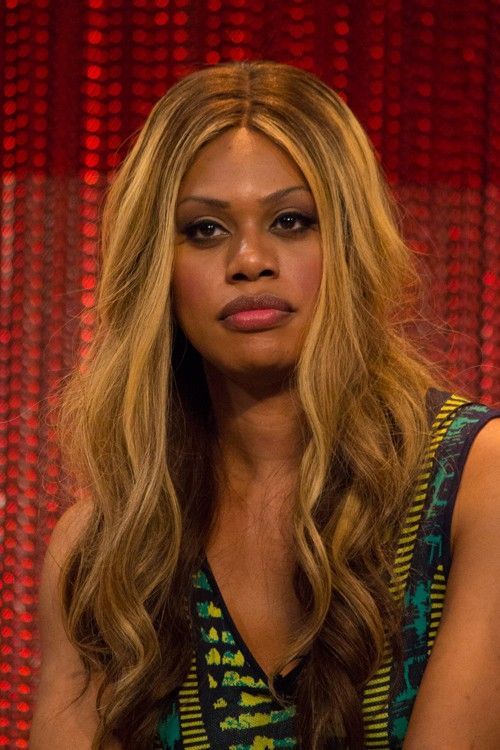 Actress, producer, and advocate, Laverne Cox (1972– ) is a tour'de'force. She captured the world's imagination in 2012 playing Sophia Burset in the critically"acclaimed Netflix series, Orange Is the New Black, and became the first transgender person to be nominated for an Emmy award in 2014. She produced TRANSform Me, the 2010 VH1 makeover show in which she starred alongside two other transgender women. She also produced the 2014 documentary Laverne Cox Presents: 'The T Word', which features powerful stories of seven trans young people. Cox is a forceful advocate of equal rights for transgender people, work for which she has received numerous awards and accolades, including being featured on the cover of Time Magazine in 2014. 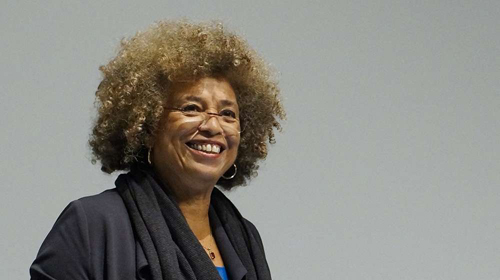 Angela Davis is one of the world's preeminent activists and public intellectuals. Persecuted for her political convictions as a member of the Communist Party, USA, placed on the FBI's Ten Most Wanted List, and jailed for sixteen-months for her support of the Soledad Brothers, Davis came to embody the radicalism of the Black Power Movement in the late-1960s and early-1970s. In her life and her scholarship, she has forged an intersectional practice that combines black feminist, anti-imperialist, anti-capitalist, and abolitionist thought. Davis is co-founder of Critical Resistance, a national organization that works to end the prison"industrial complex, and also author of nine books, including Angela Davis: An Autobiography (1974), Women, Race, and Class (1983), Blues Legacies and Black Feminism: Gertrude "Ma" Rainey, Bessie Smith, and Billie Holiday (1999), and Abolition Democracy: Beyond Prisons, Torture, and Empire (2005). Davis is Distinguished Professor Emerita at the University of California, Santa Cruz, where she taught for many years in the History of Consciousness and Feminist Studies Departments 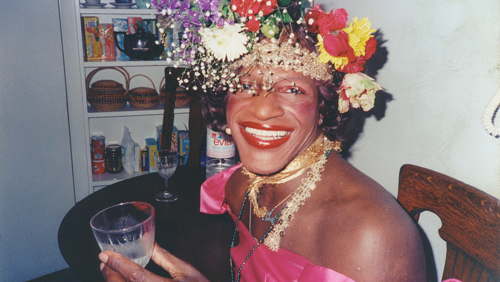 Marsha P. Johnson was a trailblazer. One of the vanguards of the Stonewall uprising, and a founding member of the Gay Liberation Front, she helped initiate the modern LGBTQ rights movement in the United States. Along with her friend and fellow transgender activist Sylvia Rivera, Johnson also founded Street Transvestite Action Revolutionaries (STAR), which advocated for the rights and welfare of young transgender men and women. Affectionately called "The Saint of Christopher Street," Johnson was a well-known drag queen in the 1970s and part of drag troupes like Hot Peaches and the Angels of Light. In the 1980s, she lent her support to ACT UP and other organizations that fought the AIDS crisis. While the police ruled it a suicide, Johnson's death in 1992 is widely considered to be an act of murder. Johnson's life and the circumstances of her death are now the subject of the 2017 film, The Death and Life of Marsha P. Johnson. Also, Pay It No Mind: The Life and Times of Marsha P. Johnson, a film released in 2012, pays a tribute to this pioneer of LGBTQ life, as does the Marsha P. Johnson Institute which launched in 2015 "to create a crucial entry point for Black trans women and gender non-conforming femmes to obtain the skills, financial and programmatic resources necessary in advocating for an end to violence against all trans people." 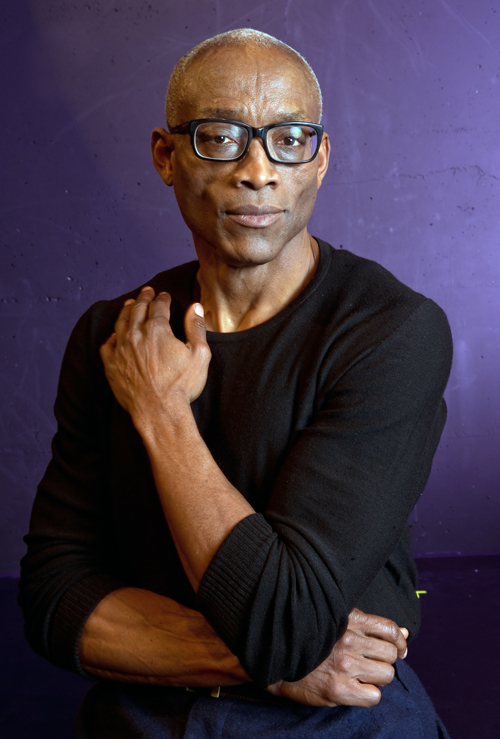 Bill T. Jones is one of the foremost choreographers and dancers in the world. In 1982, he co-founded the Bill T. Jones/Arnie Zane Dance Company with his late partner Arnie Zane. Since then, Jones has choreographed numerous acclaimed solos, duets, and evening length works, and has collaborated also with many artists ranging from the Jazz drummer Max Roach to the Pop artist Keith Haring. Jones's choreographies transgress the boundaries of traditional and avant-garde dance, and works like Last Supper at Uncle Tom's Cabin/The Promise Land (1990), Still/Here (1994), Fondly Do We Hope...Fervently Do We Pray (2009) are imbued with a powerful social and political import. He choreographed also the critically-acclaimed musical, FELA!, for which he received a 2010 Tony Award for Best Choreography. He has received several prestigious awards for his work, including a MacArthur "Genius" Award, an Obie Award, Kennedy Center Honors, and the National Medal of the Arts. 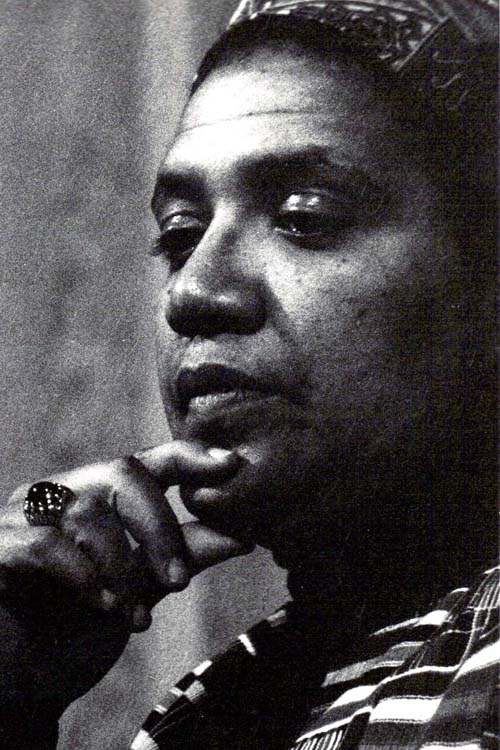 Audre Lorde, as she described herself, was "black, lesbian, mother, warrior, poet." Lorde's unapologetic reclamation of herself, her fierce commitment to social justice around race, gender, and sexuality, and her brilliant poetry and prose have been indispensable to today's African American LGBTQ community, as well as to several fields of inquiry like black feminist thought and black queer studies. Lorde established her reputation as a poet in the 1970s with the publication of several collections, most notably Coal (1976) and The Black Unicorn (1978), with lyrics that expressed rage against racial injustice as well as intimacy of same-sex desire. Lorde is also the author of several important works of prose. The Cancer Journals (1980) offers a powerful account of her experience dealing with breast cancer; Zami: A New Spelling of My Name (1982) stands out for its experimental form of "biomythography," a genre encompassing autobiography, myth, and history; and Sister Outsider: Essays and Speeches (1984) collects together signal essays like "Poetry Is Not a Luxury," "Uses of the Erotic: The Erotic as Power," and "The Master's Tools Will Never Dismantle the Master's House." Not only a major poet and prose writer, Lorde was also a consummate institutional builder in the U.S. and abroad. She was an active member of Combahee River Collective and published with The Kitchen Table: Women of Color Press; played a key role in the Afro-German consciousness movement in the late 1980s; and co-founded several organization in St. Croix with her partner, Dr. Gloria I. Joseph. 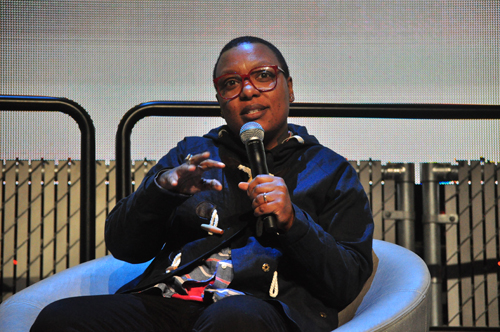 Singer-songwriter, rapper, and bassist, Meshell Ndegeocello (1968– ) has released twelve albums, beginning with her critically-acclaimed debut, Planation Lullabies in 1993. Her music transgresses the boundaries of musical genre, mixing together RandB, rock, jazz, funk, hip-hop, reggae, and electronic music into a neo-soul sound that's distinctly her own. It also transgresses the lyrical norms of today's popular music, with several songs that suggestively and explicitly express same-sex desire. Whether in songs like "If that's Your Boyfriend (He Wasn't Last Night)" and her cover of Bill Withers' "Who Is He (and What is He to You)?" that signify same-sex intimacy, or songs like "Leviticus: Faggot" "Mary Magdalene" that voice queer themes, Ndegeocello boldly articulates subjects seldom heard in today's popular music. Ndegeocello's most recent album, Ventriloquism (2018), is another testament to her extraordinary talent, a cover album that gives new life to songs like TLC's "Waterfalls," George Clinton's "Atomic Dog 2017," and Ralph Tresvant's "Sensitivity." 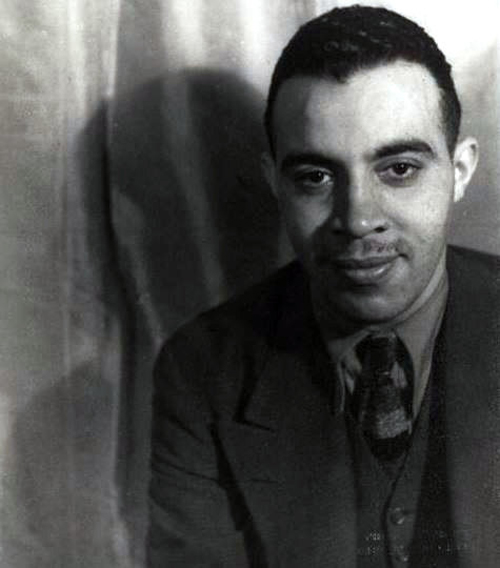 Richard Bruce Nugent (1906–1987) was one of the formative artists of the Harlem Renaissance and helped to define the movement alongside a coterie of other prominent black gay writers like Alain Locke, Countee Cullen, Langston Hughes, and Wallace Thurman. Eschewing their discretion, however, Nugent openly embraced his sexuality in both his life and writing. In 1926, he published in Fire!! his signature short story, "Smoke, Lilies, and Jade," which openly broached homosexual and interracial desire. This short story remains a central work in the black gay literary tradition, and has inspired works like Isaac Julien's 1989 film Looking for Langston and Carl Hancock Rux's eponymous play produced in 2008. Nugent's life also provided the inspiration for the 2004 feature film, Brother-to-Brother, underscoring Nugent's significance for following generations of black gay artists. 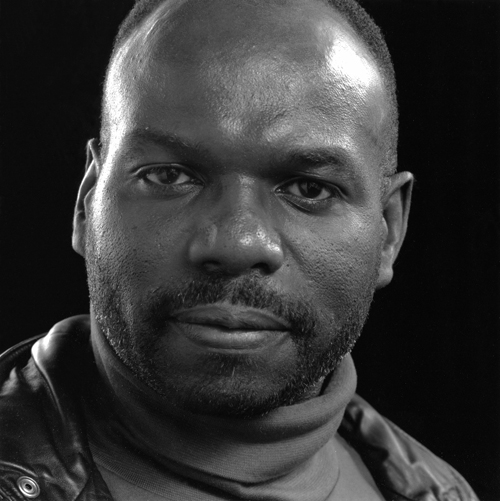 Marlon Riggs (1957–1994) was a pioneering filmmaker and along with Joseph Beam, Essex Hemphill, Melvin Dixon, and others one of the forces behind the black gay cultural renaissance of the l980s. Riggs's 1989 documentary film, Tongues Untied, which aired on PBS, was the first film to unabashedly explore the lives of black gay men. Riggs uses a montage style, threading together poetry, song, dance, and performance to tell his own individual story and the collective stories of black gay men. The film quickly earned Riggs critical acclaim as well as conservative outrage; responding to both, Riggs observed, "for many this was the real outrage of Tongues United, and for many, many more, its principal virtue: the refusal to present an historically disparaged community on bended knee, begging courteously for tidbits of mainstream tolerance. What Tongues instead unapologetically affirms and delivers is a frank, uncensored, uncompromising articulation of an autonomously defined self and social identify. SNAP!" Along with Tongues Untied, Riggs documented the AIDS crisis also in two other documentary films, Non, Je Ne Regrette Rien (No Regret) (1992) and Black Is...Black Ain't, which was released in 1995 after Riggs's death from AIDS-related complications. 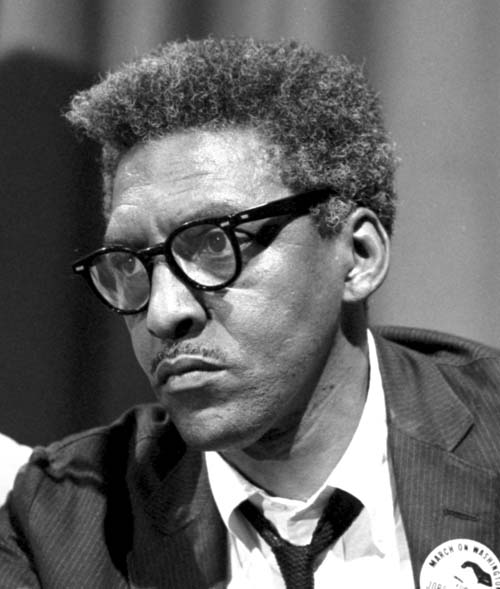 Bayard Rustin (1912–1987) was a major figure behind the Civil Rights Movement. Rustin once wrote that "The principal factors which influenced my life are 1) nonviolent tactics; 2) constitutional means; 3) democratic procedures; 4) respect for human personality; 5) a belief that all people are one." Rustin espoused these principles during a long, illustrious career of advocating for labor rights and racial equality. He collaborated with A. Philip Randolph as early as 1941 in the March on Washington Movement, which pressed the U.S. government to end segregation in the armed forces and also enable fair working conditions for African Americans; and again in 1963 when the two helped to organize the historic March on Washington for Jobs and Freedom. Rustin is also credited with introducing Ghandian non-violent resistance to Martin Luther King Jr. Because of his sexuality and early ties to the Communist Party, Rustin was not allowed to assume a more prominent role in the Civil Rights Movement. Later in his life, Rustin publicly spoke out on gay rights and worked on behalf of the New York State's Gay Rights Bill in 1986. Several biographies of Rustin have appeared since his death and have revived the central role he played during the Civil Rights Movement. In 2013, Rustin was posthumously awarded the Presidential Medal of Freedom by President Barack Obama. 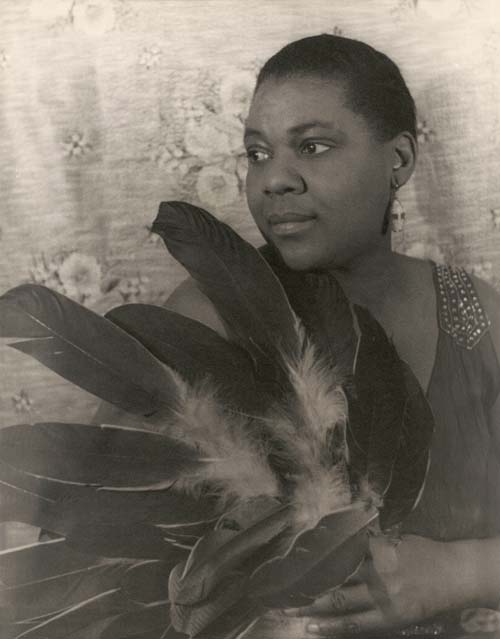 Bessie Smith (1894–1937), also known as the Empress of the Blues, was one of the most important American musicians of her time. Smith was among a group of other black women blues singers—including Lucille Bogan and Ma Rainey—who openly broached same-sex desire and intimacy in their music. In her song, "The Boy in the Boat," for example, Smith sang: "When you see two women walking hand in hand, just look 'em over and try to understand: They'll go to those parties—have the lights down low—only those parties where women can go." Smith's music embraced the power of female sexual agency and went against the social norms of gender and class respectability. Her life and work has been the subject of numerous studies, including Angle Davis's 1999 book, Blues Legacies and Black Feminism, and Dee Rees's 2015 film Bessie staring Queen Latifah as Smith.