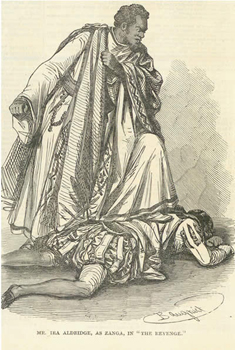 Just a teenager, Ira Aldridge (1807-1867) left the United States for good in 1824. Aldridge, who had been part of the short-lived African Theatre in New York City, had decided to look for work in England, where the employment prospects for American blacks, though not without their difficulties, were more favorable than they were in the United States. His first major engagement came the next year, at the famous Royal Coberg Theatre (now known as the Old Vic) in London, where he played the role of Oroonoko, a royal slave, in The Revolt of Surinam. After additional successes, Aldridge landed the lead role of Othello the following year, cementing his status as a serious actor. In 1830 Aldridge performed a "white role," portraying Captain Hatteraick in Guy Mannering. The novelty of his origins dogged him throughout his career, however, and by 1833 the London press had grown increasingly hostile, culminating in the cancellation of an engagement at the prestigious Theatre Royal Covent Garden (Vickery-Bareford). Aldridge retreated to the British provinces, though he still worked regularly. In 1852 he left for his first tour of the continent, to profound success. Within the next few years Aldridge passed through Sweden, Moscow, Vienna, Prussia, and Budapest, and received various royal accolades—including the Medal of Ferdinand from the Austro-Hungarian emperor—along the way. Aldridge married twice, and had five children. Lauded by his biographers as "the first to show that a black man could scale any heights in theatrical art reached by a white man," Aldridge died in 1865 in Lodz, Poland. 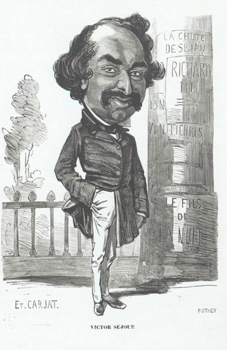 Over half a century before Gwendolyn Bennett and Countee Cullen were authoring short stories in a Paris salon, the New Orleans–born writer Victor Séjour (1817-1874) was producing Richard III at the Théâtre de la Porte Saint-Martin in France and hobnobbing with Alexandre Dumas. Séjour, the nineteen-year-old son of a Creole mother and West Indian father, had been sent to Paris in 1836 to finish his education, a common practice among "colored" Louisiana families of means. Within a year Séjour published a short story, "Le Mulâtre" ("The Mulatto"), considered the earliest known work of fiction by a black American, and in 1844 his first play, Diegareas, was produced by the French National Theater. Called "one of the most successful playwrights produced in nineteenth-century Paris" (Reed and Blank), Séjour produced over a dozen plays through 1874. Interestingly, anti-Semitism was a recurring theme in many of Séjour's works (Diegareas, a dramatization of the Mortara affair, was translated into English as The Jew of Seville), suggesting an atmosphere so favorable for black Americans in Paris that commentaries on prejudice could be understood by French audiences only if they involved Jews. Séjour died in 1874, in Paris. 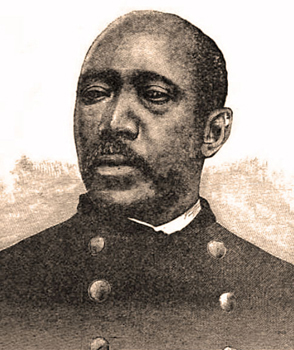 Reed, Ishmael, and Carla Blank. Pow-Wow: Charting the Fault Lines in the American Experience—Short Fiction from Then to Now. New York: Da Capo, 2009.

Though lesser-known than his contemporary and friend Frederick Douglass, Martin Robinson Delany (1812-1885) was no less towering an activist. Delany, born to a free mother and enslaved father in Charles Town, Virginia (now West Virginia), fled to Pennsylvania at age ten after it was discovered that his mother had committed the crime of teaching Delany and his four siblings to read. At various points a newspaper writer, doctor, military officer, and novelist, Delany was a vociferous defender of African American rights throughout his life. Indeed, Delany once publicly threatened to kill President Millard Fillmore if government agents attempted to enforce the newly passed Fugitive Slave Act of 1850 on any member of his family. Convinced that equality for blacks was impossible in the United States, Delany spent much of his life traveling abroad in futile search of secure living space for black Americans. His first trip was to Texas in 1839, then under Mexican control; in 1852 he traveled to a colony in Nicaragua established by free blacks. For more than five years in the 1850s Delany lived in Ontario, Canada, speaking out against slavery and even taking a meeting with the radical abolitionist John Brown. In July 1859 he explored Liberia and the Niger Valley, eventually securing land rights from local chieftains for African American settlement. Delany was unable to raise the financial and political backing necessary for his emigrationist dream, however, and he resigned himself to living in the United States. 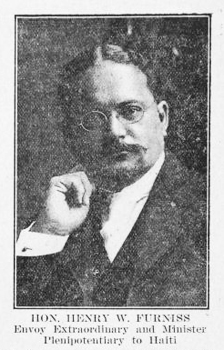 In the late 1890s, a group of Indiana Republican congressmen recommended Henry W. Furniss (1868-1958) for the foreign service. Though a successful Indianapolis doctor and member of the American Medical Association, Furniss's research in international economics for the U.S. Bureau of the Census in Washington, DC—undertaken to raise money during his studies at Howard University medical school—had drawn the attention of the state leaders, and in 1898 President William McKinley appointed Furniss consul to Bahia, Brazil. Furniss spent seven years in South America as a representative of the U.S. government. In the fall of 1905, President Theodore Roosevelt appointed Furniss U.S. minister to Haiti, making him "the highest-ranking U.S. black diplomat" at the time (Justesen). Furniss would serve in Haiti for seven years, through the entire Taft administration and part of the Wilson administration. A conscientious envoy, Furniss navigated a volatile political and economic climate, notably opposing a group of U.S. bankers attempting to force the National Bank of Haiti into U.S. government receivership over unpaid war debts in 1911. 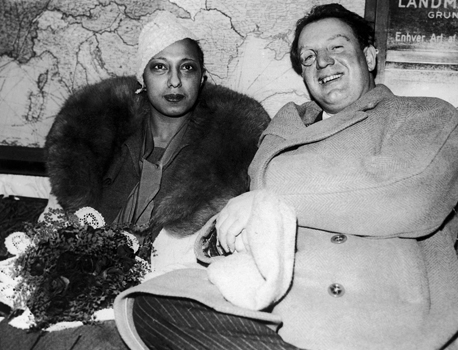 By now, conflation of early- and mid-twentieth-century Paris with black American artists is axiomatic. Among the African Americans who spent time in France between World War I and the Korean War were Gwendolyn Bennett, Josephine Baker, Lois Mailou Jones, Richard Wright, James Baldwin, Chester Himes, and many others. Indeed, so mythologized was the liberated racial atmosphere in France that at the outbreak of World War I, "great numbers of blacks volunteered to defend 'the land of democracy'" (Fabre). Given the plight of many African Americans in the United States at this time, it is easy to understand their longing. Many black soldiers found France to be as accepting as they had imagined, and returned from the war with stories of acceptance unthinkable in the United States. Jazz became enormously popular, and the relationship solidified. (Paradoxically, however, favorable French treatment was arguably exclusive toward American-born blacks; in the early twentieth century the majority of French colonial possessions remained in West Africa, and attitudes to these subjects contrast markedly with those associated with African Americans.) By the 1920s, much of the "Talented Tenth" had paid personal tribute to the city, and in 1925 nineteen-year-old Josephine Baker went to perform in the Revue Négre, instantly becoming one of the continent's biggest stars. The Nazi occupation put a halt to the black intellectual pilgrimage, but it quickly resumed after World War II. 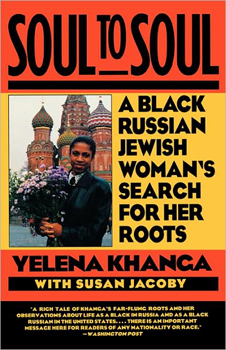 The Moscow-reared granddaughter of an African American agronomist and Polish-descended American Jew, the Russian journalist Yelena Khanga represents the fascinating intersection of twentieth-century political winds. In 1931, Khanga's grandfather Oliver Golden (1887-1940) arrived in Leningrad, having concluded in a letter to George Washington Carver (with whom he had studied at the Tuskegee Institute in the early 1910s) that "Russia is the only country in the world today that gives equal chances to black and white alike" (Carew). Golden, who, along with his second wife, Bertha Bialek, was an active Communist Party organizer in New York City, soon settled in rural Uzbekistan, where he led a successful project to cultivate high-yield cotton. Three years later the Goldens' daughter—and Khanga's mother—Lily was born, and the family moved to Tashkent, the capital of the Uzbek SSR, accepting professorships in agronomy (Oliver) and English (Bertha). Between 1934 and 1940, the year of Oliver's death, the Goldens played host to a stream of prominent black American communist sympathizers, including Paul Robeson and Langston Hughes. In 1952 Lily matriculated to Moscow State University, despite being initially rejected; reportedly, her religious and national origins were a greater source of antipathy to Soviet authorities than her race. She landed a teaching position in the newly created African Department at the Oriental Institute of the Academy of Science in Moscow, making her one of the first instructors in African-Soviet studies. In 1961 Lily wed the Zanzibari revolutionary Abdulla Kassim Khanga, though they separated the next year after the birth of Yelena, and Khanga left the country for Africa, where he was quickly imprisoned for anticolonial agitating. Like her mother, Yelena attended Moscow State University, graduating with a degree in journalism in 1984. In 1992 she published a chronicle of her family history, Soul to Soul: The Story of a Black Russian American Family, 1865-1992. Since then, both Lily and Yelena have spent a significant amount of time in the United States—including a professorship at Chicago State University (Lily)—bringing their remarkably divergent family story full circle. 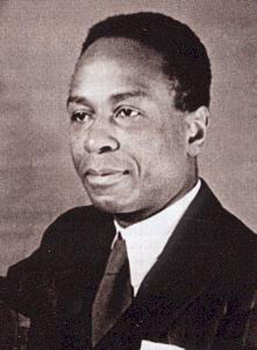 Like the Golden family, George Padmore (1903?-1959) was convinced that his efforts to further communism and anticolonialism would be most effective in Europe. Padmore was born in Arouca, Trinidad—then under British rule—but spent five formative years in the United States studying law at Howard University in Washington, DC, and writing and lecturing for various communist organizations. Padmore left the United States for good in 1929, having been refused reentry after returning home from a function thrown by the League Against Imperialism in Frankfurt, Germany. Based in Moscow, Padmore became the editor of The Negro Worker, the news arm of the International Trade Union Committee of Negro Workers, recruiting no less than Langston Hughes to write for him. The Negro Worker was "considered seditious by colonial governments" (Polsgrove), and in 1933 Padmore was arrested by the Nazis while working in Germany. In 1935 he moved to London, where he would reside until his death in 1959—three years before Trinidad would declare independence. 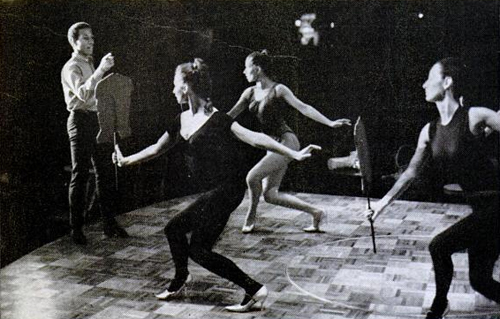 The Philadelphia-born dancer Ronne Arnold arrived in Australia in 1960, where he appeared in a version of West Side Story. The show, which had been put on by the legendary Australian producer Garnet Caroll, was a financial disappointment, but Arnold, a recent graduate of the Philadelphia Musical Academy, stayed in the country. Arnold had also studied at the Philadelphia Dance Academy, and was well versed in various genres of dance including classical, modern, and primitive. Throughout the 1960s and 1970s Arnold performed in numerous musicals and dance productions, and in 1966 he founded the Contemporary Dance Company of Australia, directing and choreographing the troupe through 1972. He developed an interest in Australian Aboriginal dance, and since 2003 has been an instructor at Welsey Institute in New South Wales and a delegate on the New South Wales education board. 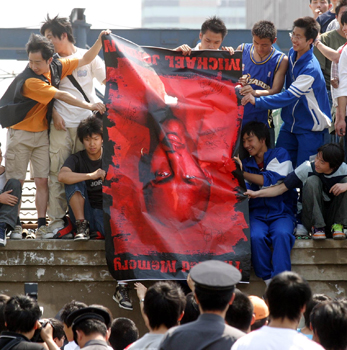 In May 2004, Michael Jordan embarked on four-city trip through Asia. Underwritten by Nike, the tour would take Jordan to Taipei, Beijing, Hong Kong, and Tokyo. Though considered the world's best basketball player of all time—and, by more than a few commentators, the best athlete—Jordan had not played in an NBA game for over a year. More importantly, he hadn't played as a Chicago Bull, with whom he made his name and fortune, since 1998. Any fears of an ambivalent reception were immediately quelled, however, when hundreds of fans gathered at Chiang Kai-shek International Airport in Taipei to greet the NBA superstar. He would face a similarly enthusiastic audience for the duration of his trip: in China, wrote ESPN, fans were "climbing atop fences, others standing on cars and still more tearing down his banners that blocked their view, all hoping for a glimpse of His Airness" (Rovell). While Jordan was just the latest in a long line of black Americans to go abroad, unlike most of his predecessors he arrived not as an American defector, but as an affirmed American representative.