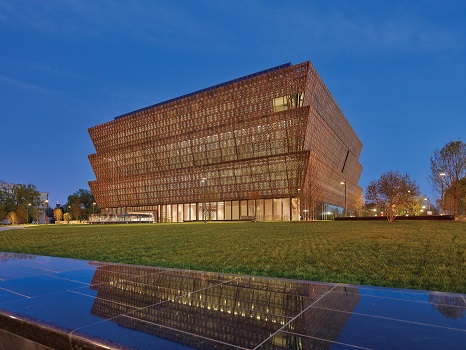 The Smithsonian National Museum of African American History and Culture (NMAAHC) opened officially on September 24, 2016 with a dedication ceremony that culminated in President Barack Obama, First lady Michelle Obama, and Ruth Bonner—daughter-of a former slave and her granddaughter ringing the historic Freedom Bell, on loan from the First Baptist Church of Williamsburg, Va. Proposals for a national museum to honor African American history date back to 1915, and in 2003 The National Museum of African American History and Culture was finally established by an Act of Congress sponsored by John Lewis. The organization began curating exhibitions in collaboration with other museums in 2007, and occupied a gallery in the National Museum of American History from 2012. The permanent home of the museum, designed by Tanzanian-born architect David Adjaye, stands out from the limestone and marble buildings on the National Mall with a metal edifice was designed to reflect Yoruban architecture and also features a filigree pattern based on ironwork made by enslaved craftsmen in New Orleans and Charleston. The museum aims to explore the many facets of African American experience throughout history, and offer a nuanced lens through which to view American history. Its collection consists of more than 35,000 artifacts ranging from items tied to well—known figures—such as a hymnal owned by Harriet Tubman—to pieces that illustrate the everyday lives of ordinary people. According to Director Lonnie Bunch: "I think the museum needs to be a place that finds the right tension between moments of pain and stories of resiliency and uplift. There will be moments where visitors could cry as they ponder the pains of the past, but they will also find much of the joy and hope that have been a cornerstone of the African-American experience." 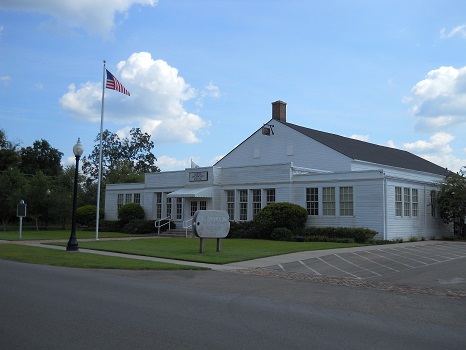 The African American Military History Museum began as a segregated USO Club for black soldiers stationed at Camp Shelby. Originally built in 1942, the club was designated was placed on the National Register of Historic Places in 2003, and in 2009 the building was reopened as the museum. Most of the artifacts are from World War II, but the collection extends from the American Revolution to modern times. Moreover, the museum includes exhibits on Hattiesburg native Jesse L. Brown (1926-1950), America's first black naval aviator, as well as Ruth Bailey Earl (1919–2004), a nurse who served during World War II. 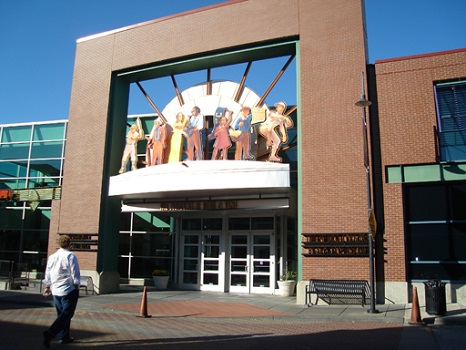 Sharing a space with the Negro Leagues Baseball Museum, the American Jazz Museum is located in the historic 18th and Vine district, a neighborhood as vital to the history of jazz as New Orleans. The museum was founded in 1997, in the midst of a decades-long revitalization project in the neighborhood. Along with artifacts and multimedia collections, the museum is home to over two hundred performances a year, and provides learning resources for the promotion and dissemination of jazz. As one would expect, many of the exhibitions are interactive, allowing visitors to experience and compare the music of different eras. Moreover, a bronze monument honors the legendary Charlie Parker (1920–1955), a native of Kansas City. 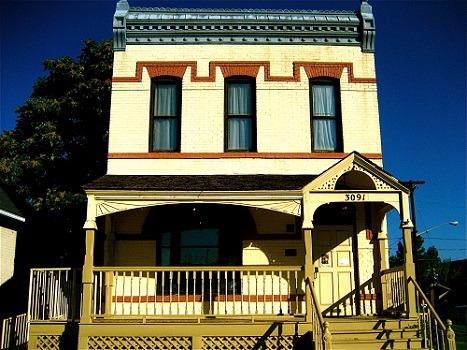 Founded by Iowa native Paul W. Stewart (1925–2015), the Black American West Museum and Heritage Center began in 1971 as a small collection of items housed at Clayton College in Denver. In the 1980s, a new source of funding allowed the museum to relocate to the Five Points neighborhood, sometimes referred to as the " Harlem of the West" for its large African American population. In addition to its collections honoring black cowboys and settlers, the museum also preserves items belonging to Justina Ford (1871–1952), the first licensed African American female doctor in the city. 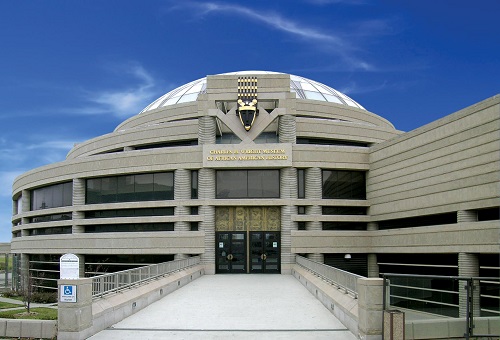 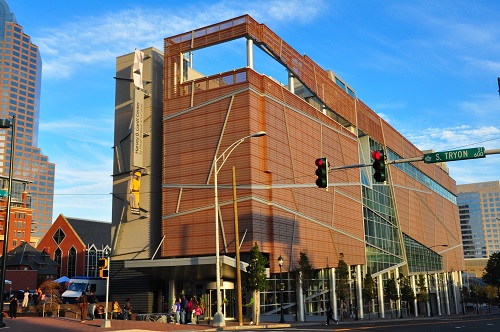 In the wake of student-led Civil Rights demonstrations of the 1960s and '70s, a team of professors at the University of North Carolina at Charlotte-led by Mary Harper and Bertha Maxwell-Roddy-conceived of the Afro-American Cultural and Service Center (AACSC), a museum intended to preserve the city's historical legacy. The center originally used a small space at First Baptist Church. After moving several times, the museum received a major upgrade in 2009 when it was renamed in honor of the first black mayor of Charlotte and relocated to an enormous space uptown. Among the museum's exhibits is the John and Vivian Hewitt Collection of African-American Art, which includes pieces from painter Romare Bearden (1911–1988) and graphic artist Elizabeth Catlett (1915–2012). 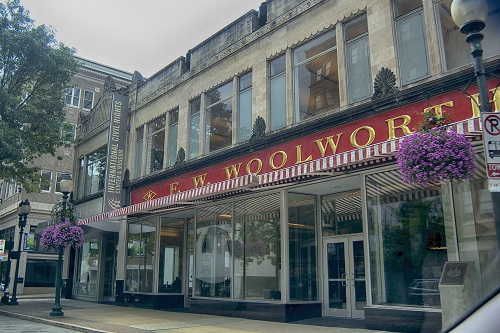 On Feburary 1, 1960, four students walked into a F.W Woolsworth and sat at the "all-white counter",asking to be served. The sit-in, intiated by civil rights activist David Richmand, was conducted at a Woolsworth in downtown Greensboro, North Carolina. The sit-in lasted six days, forced F.W Woolsworth to intergrate their counter seating and sparked similar non-violent sit-ins across the country. Currently, the International Civil Right Center and Museum, sits in the place of the Woolsworth. ICRCM, celebrates this sit-in and other civil rights protests by offering reenactments and displaying historical relics from these protests. 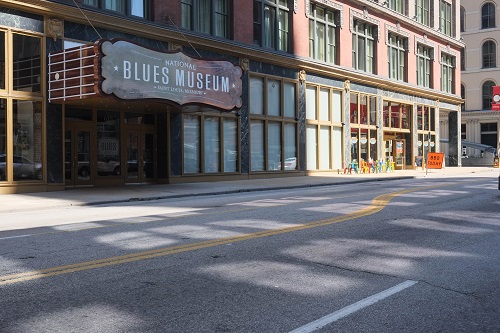 Immortalized in W.C. Handy's "The St. Louis Blues", the city's rich Blues tradition makes it a natural home for the National Blues Museum. Plans for the museum, announced in 2010, came to fruition in April 2016 with backing from supporters like Blues Hall of Famer Denise LaSalle and legendary guitarist Buddy Guy. Interactive exhibits trace the history of the Blues and explore the influence the style has had on American culture and music-displays also feature physical artifacts, including a guitar of Chuck Berry's and vintage records. Regarding the Blues as "Living History", the museum also hosts live bands in its concert space, and in June 2016 partnered with the CityArchRiver Foundation to hold a free Blues concert series. 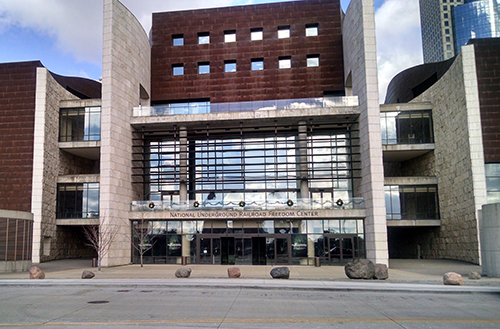 Given its location, the state of Ohio provided a base of operations for abolitionists working to shuttle fugitive slaves from the South. In 2004, the National Underground Railroad Freedom Center in Cincinnati was established to not only preserve the history of the Underground Railroad, but to also carry on the work of abolitionism. With its outreach organization End Slavery Now, the Freedom Center provides resources with antislavery organizations around the world, working to apply lessons from the American experience with slavery to the global efforts to end the practice. 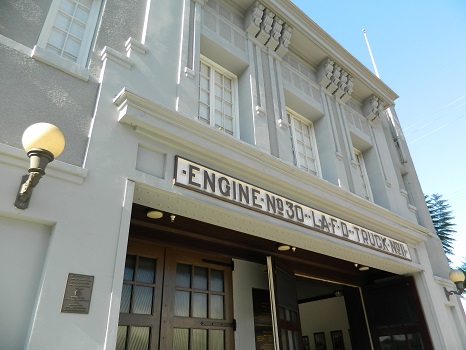 Demonstrating the variety of museums devoted to the African American experience, the Firefighter Museum was founded in 1997 to commemorate a century of public service by black firefighters. Until 1955, Los Angeles Fire Department was segregated, and one of the designated black fire stations became the modern home of the museum. Along with maintaining the station and its equipment, the museum also features speaking events with people who served as firefighters, including most recently, Arnett Lee Hartsfield, Jr. Hartsfield helped to expose and dismantle the system of segregation in the LAFD, and went on to serve as the museums' historian until his death in 2015. 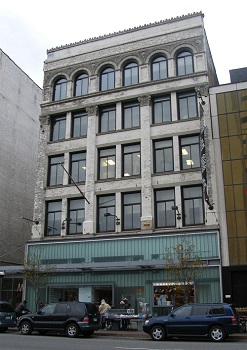 The Studio Museum in Harlem. Americasroof/Wikimedia

The Studio Museum in Harlem takes its name from its unique Artist-in-Residence's program—since its inception in 1968 the museum's mission has been to support emerging artists in addition to collecting existing works. Over a hundred artists of African or Latino descent have been a part of the Artist-in-Residence program including Kerry James Marshall and David Hammons. Originally located in a rented loft, the museum was given a permanent building at 144 West 125th Street by the New York Bank for Savings and has since expanded into an adjacent lot. The museum has an extensive collection featuring work from artists such as painter Romare Bearden, photographer Lorna Simpson, and installation artist Kara Walker. It is also home to a large archive of work by photographer James Van Der Zee.