When the United States entered World War I in 1917, D. W. Griffith's innovative but racist 1915 film The Birth of a Nation was still very popular. Many white Americans praised the film's sweeping condemnation of Reconstruction and its depiction of blacks as uncivilized, oversexed, bestial, and unrepentant in their lust for white women. Nonetheless, W. E. B. Du Bois and other black leaders supported black participation in the war, and African Americans fought for their country and, many hoped, to improve their status at home by showing their patriotism. After returning from Europe, however, they often found the racial environment unchanged. Jim Crow laws still existed in much of America, there had been a significant revival of the Ku Klux Klan, and the president, Woodrow Wilson, had shown little sympathy or sensitivity about racism even as Allied forces celebrated their victory.

The poisonous and volatile racial atmosphere in the postwar years resulted in a series of race riots in cities across the United States, including Chicago; Knoxville, Tennessee; Omaha, Nebraska; and Longview, Texas. So many bloody conflicts occurred between blacks and whites in the spring and summer of 1919 that the black writer James Weldon Johnson dubbed it the Red Summer. The postwar rioting gave impetus to a growing black militancy that declared that blacks had a right to defend themselves, and black leaders across the nation, from Du Bois to A. Philip Randolph, supported this stance. Perhaps the poet Claude McKay expressed it best at the end of his poem “If We Must Die”: “Like men we'll face the murderous, cowardly pack, / Pressed to the wall, dying, but fighting back!” That is exactly how many blacks responded when, two years later, the most devastating postwar race riot occurred in Tulsa, Oklahoma, in 1921. 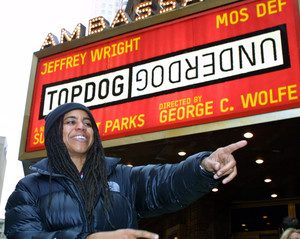 National Association for the Advancement of Colored People Records, Library of Congress

Blacks had lived in the Oklahoma Territory among Native Americans before federal officials opened the land for white settlement. By the time that Oklahoma became a state in 1907, the small black population was growing as blacks migrated from the South and settled in Tulsa. Tulsa was an attractive city for both black and white newcomers because of the discovery of oil there and the skilled and unskilled jobs that it created. Tulsa became a boomtown almost overnight. For blacks, however, Jim Crow laws separated the races, especially in business and commerce, necessitating that Tulsa's black community practice what Booker T. Washington preached: a concentration on self-help, with possible economic cooperation with friendly whites at the expense of political and social equality.

After blacks began to settle in the Greenwood section of Tulsa, black businesses began to sprout up, and at the time of the riot in 1921 Greenwood was one of the most viable, self-sufficient, and successful black communities in the United States. The black population of Tulsa was around eleven thousand at the time and included growing middle and upper classes. Greenwood had two schools, Booker T. Washington and Dunbar, several churches, a hospital, two doctors, black theaters, a public library, lodge halls, and other small businesses like grocery stores, specialty stores, and bakeries. In addition, there was a black-owned hotel and two newspapers, the Tulsa Star and the Oklahoma Sun. There were even a few black policemen, though for the most part they were allowed to patrol only the black community.

Any boomtown creates an environment for endemic social problems, and Tulsa was no exception. The oil-rich city drew a cross section of swindlers and grafters, gunrunners, bootleggers, gamblers, and prostitutes, as well as a large assortment of panhandlers, thieves, crooked politicians, and other undesirables. Violence and lawlessness were pervasive in Tulsa, and a number of lynchings had occurred there over the years. Although most of those who had been lynched were black, several whites had been victims as well. Include in this volatile mix working-class whites and middle- and upper-class whites who were jealous of the successful blacks in Greenwood, and racial conflict seems inevitable.

The Tulsa riot began on 30 May 1921 when Sarah Page, a young white female elevator operator, accused Dick Rowland, a young black man, of assaulting her. Page was a somewhat dubious character and had been married and divorced before she was eighteen. Rowland, a rather flashy young man who loved Tulsa's nightlife, worked nearby as a bootblack and janitor. Evidence suggests that Rowland and Page knew each other and were perhaps intimately involved. Although there are many accounts of what happened, it appears that Rowland and Page had some kind of altercation that led to the charge of assault. The most likely scenario is that Rowland accidentally tripped while getting on the elevator, and either stepped on Page's foot or grabbed her arm while attempting to gain his balance. Startled, Page may have hit Rowland before running from the elevator screaming that she had been assaulted. In any event, the police initially placed little credence in Page's version of the alleged assault.

Exactly what happened on that day will probably never be known, but the next morning, 31 May, Rowland was arrested and taken to the county courthouse for questioning. Much of the blame for arousing the general white population can be attributed to one of Tulsa's white newspapers, the Tulsa Tribune, whose editor in the afternoon paper proclaimed that young Rowland had assaulted a white girl and intimated that a lynching was in the offing. Word of the alleged assault spread quickly, and armed white men began to gather at the county courthouse. The sheriff took steps to protect Rowland from what seemed to be a lynch mob, disabling the courthouse's elevator and putting armed men on the building's roof.

By that evening, as crowds of white Tulsans were gathering at the courthouse, local blacks, some of whom were veterans, armed themselves and made their way to the courthouse to prevent white mobs from lynching Rowland. The sheriff and one of his black deputies persuaded the armed black men to leave, but they returned sometime later, precipitating an altercation with members of the white mob during which shots were fired. There is still much controversy about who fired the first shots, but in any case the violence had begun. Within minutes black and white Tulsans waged a violent gun battle through the streets of the city, but blacks were outmanned and outgunned. Heavily armed white mobs roamed the city, including a large number—some of whom were Ku Klux Klan members—who had been deputized to keep order but who instead became participants in arson, looting, and killing.

By the time that the carnage finally ended hours later in the early morning of 1 June—thanks to the imposition of martial law and the arrival of Oklahoma National Guard troops—the Greenwood section of Tulsa had been bombed from the air, invaded by looters and arsonists, and largely burned to the ground. Hundreds of black bodies and a much smaller number of white bodies were on the streets of the city, and the final death toll may never be known. Nor was any person or group held responsible for the hundreds of atrocities that white mobs committed against unarmed black men, women, and children. Moreover, thousands of black citizens were left homeless and without hope.

The Oklahoma governor James B. A. Robertson ordered the impaneling of a grand jury to investigate the riot. When the all-white body completed its investigation it concluded that black militants had caused the riot when, without provocation, they fired upon whites gathered at the courthouse; there was no indication that the mob had intended to lynch Dick Rowland, the grand jury decided. The grand jury issued some indictments, but most were for minor offenses, and no white Tulsan was ever charged with killing a black citizen. Finally, after all the needless death and destruction, Sarah Page refused to testify against Dick Rowland, and officials exonerated him.

Although there was widespread press coverage of the Tulsa riot, including reports by Walter White of the NAACP, most white Tulsans simply wanted to forget about the riot and its aftermath. After all, future investigations might result in criminal indictments for serious riot-related crimes including murder. So over the years collective amnesia triumphed in Tulsa, and the riot became a minor footnote in history books, if it was mentioned at all.

In recent years, however, the riot became an important news topic again as a result of black survivors and their families seeking reparations from the state of Oklahoma. In 1997 the state convened the Oklahoma Legislative Commission to Study the Tulsa Race Riot of 1921. When the commission issued its report in February 2001, it recommended reparations to survivors and descendants of survivors, the establishment of a scholarship fund for students affected somehow by the riot, the establishment of an economic development zone for Greenwood, and a memorial for victims. The commission concluded that the riot had been planned in advance as part of a conspiracy to deprive blacks of their valuable land and property in Greenwood. In June 2001 the state legislature passed the 1921 Tulsa Race Riot Reconciliation Act, following many but not all of the commission's suggestions.